News headlines about Netflix (NASDAQ:NFLX) have been trending somewhat positive this week, according to InfoTrie. The research group identifies positive and negative media coverage by reviewing more than 6,000 blog and news sources in real-time. The firm ranks coverage of publicly-traded companies on a scale of -5 to 5, with scores nearest to five being the most favorable. Netflix earned a coverage optimism score of 1.14 on their scale. InfoTrie also gave media coverage about the Internet television network an news buzz score of 0 out of 10, indicating that recent media coverage is extremely unlikely to have an impact on the stock’s share price in the immediate future.

These are some of the news stories that may have impacted Netflix’s analysis:

Netflix (NASDAQ:NFLX) last posted its earnings results on Wednesday, July 17th. The Internet television network reported $0.60 EPS for the quarter, beating the consensus estimate of $0.56 by $0.04. The firm had revenue of $4.92 billion during the quarter, compared to the consensus estimate of $4.93 billion. Netflix had a return on equity of 20.88% and a net margin of 6.53%. The business’s quarterly revenue was up 26.0% on a year-over-year basis. During the same period last year, the company earned $0.85 earnings per share. On average, analysts anticipate that Netflix will post 3.26 EPS for the current fiscal year. 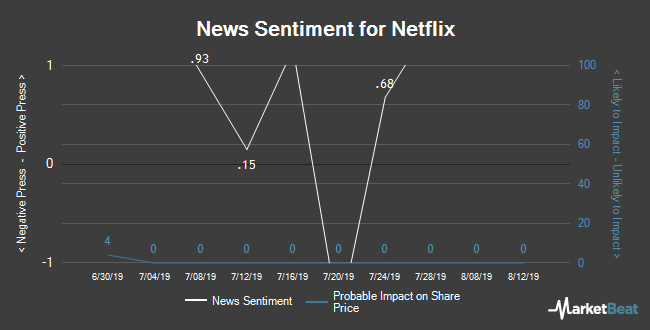 Receive News & Ratings for Netflix Daily – Enter your email address below to receive a concise daily summary of the latest news and analysts’ ratings for Netflix and related companies with MarketBeat.com’s FREE daily email newsletter.

How Azur Games grew its hypercasual games to 1.5B downloads

Automate for people, not for processes