FT subscribers can click here to receive #techFT every day by email.

Banknotes, especially high denominations, should not be easy for counterfeiters to copy or “crack”. So the master codebreaker Alan Turing would surely appreciate the new £50 note unveiled in his honour today.

As well as his portrait and signature, the Bank of England’s design includes formulas from Turing’s seminal 1936 paper “On Computable Numbers . . .”, recognised as being a basis for computer science, as well as ticker tape showing Turing’s birth date (June 23 1912) in binary code — the concept of a machine fed by binary tape featured in the paper. There are also technical drawings for the Bombe, the machine used to break Germany’s Enigma-enciphered messages during world war two. It all looks fiendishly difficult to decipher and copy.

The note is also a triumph for tech as well as being more, overdue recognition for Turing’s contribution to computing and artificial intelligence. It was always meant to feature a scientist, with nearly 1,000 different names nominated by the public. A shortlist of 12 was drawn up that included Charles Babbage and Ada Lovelace who worked together on the 19th century Analytical Engine “computer”.

There is also the inescapable irony that this physical £50 note, for all its emblazoned code and cryptography, is being launched just as the central banks (and the IMF) are wondering how to deal with cryptocurrencies and Facebook’s efforts with its Libra digital currency. As the Turing quote on the note says:

“This is only a foretaste of what is to come, and only the shadow of what is going to be.”

1. Facebook’s $5bn Cambridge Analytica settlement
This puts last week’s GDPR fines on data protection in the shade.The Federal Trade Commission has voted to approve an approximate $5bn settlement with Facebook over privacy violations, a record deal that includes proposals to overhaul how the social media giant handles user data. If officially approved, this will be the largest civil penalty handed down by the FTC to date, and is at the higher end of the $3bn to $5bn range that Facebook said it was expecting earlier this year. Lex says the fine will barely leave a scratch and is equal to about 7 per cent of this year’s expected annual revenue of $69bn.

2. Uber links bonuses to workplace diversity
Uber, which has been struggling to overcome its reputation as a toxic workplace under co-founder Travis Kalanick, will now factor in whether it meets specific diversity targets when it calculates bonuses for new boss Dara Khosrowshahi and other top officials. Shannon Bond in San Francisco reports the US ride-hailing company is trying to increase the number of women and under-represented people in managerial roles. In other news, Yandex and Uber have bought Russia’s largest taxi company.

3. The Birds and the Bikes
Hellobike is a survivor of China’s boom-and-bust bike-sharing wars, writes Tom Hancock in Shanghai. Focused on smaller cities, the company says it is profitable in some of the 360 where it operates, but still makes a loss overall. Meanwhile, Alphaville has an analysis of electric scooter-sharing service Bird’s financials, which have you wondering whether summer or winter is coming.

Track trends in tech, media and telecoms from around the world

4. A spoonful of streaming helps the medicine go down
Warner Music, the label behind Ed Sheeran, has bought First Night Records, home to the recordings of famed West End musicals such as Les Misérables and Mary Poppins, as it anticipates a shift in genre popularity as older people take to music streaming. Anna Nicolaou in New York has also been investigating Taylor Swift’s latest complaint. As streaming has come to dominate the record business, the traditional dynamics remain largely in place. Artists are still mostly beholden to record labels, who own the copyrights to their music.

5. Thiel urges probe into “treasonous” Google
Peter Thiel, the billionaire investor, Facebook board member and Trump supporter, said in a speech on Sunday that Google should be investigated for allegedly aiding the Chinese military. He suggested Google’s actions were “seemingly treasonous,” asked whether DeepMind or Google senior management had been “infiltrated” by foreign intelligence agencies and said: “These questions need to be asked by the FBI and the CIA, and I’d like them to be asked in a not excessively gentle manner.” (Axios, Bloomberg)

There are celebrations throughout this week to mark Saturday’s 50th anniversary of the Apollo 11 moon landing. One highlight is astronauts Buzz Aldrin and Michael Collins being reunited at their historic launch pad on Tuesday for a question-and-answer session that will be broadcast on Nasa TV from 0915 EDT (1415 London time). A full list of events being co-ordinated by Nasa is available here.

Also on Tuesday, the head of Facebook’s Calibra project, David Marcus, is questioned by members of the US Banking, Housing and Urban Affairs Committee about the company’s proposed digital currency and data privacy concerns. Amazon’s Prime Day sales end. Shannon Bond has an analysis of its importance to the company.

On Wednesday, in London, BBC director-general Tony Hall makes his annual appearance before the Commons Digital, Culture, Media and Sport Committee to answer questions on the broadcaster’s performance over the past year. Its gender pay gap, the salaries of top stars and the controversial decision to end free TV licences for most over-75s from June 2020 are sure to come up.

IAs the earnings season starts to pick up, chip equipment maker ASML and telecoms infrastructure provider Ericsson report in Europe, before IBM, Netflix and eBay report after the bell in the US. Technology stocks appear particularly vulnerable to a drop in second-quarter earnings. Analysts estimate earnings per share at tech companies will shrink by just over 7 per cent on average compared to the second quarter last year.

On Thursday, Microsoft is expected to post a rise in its fourth-quarter profit and revenue after the market closes, powered by growth in its flagship cloud product Azure. Investors will be on the lookout for comments on its next-generation Xbox console, known as “Project Scarlett” and on the impact of the trade war between Washington and Beijing. ​ SAP is expected to report second-quarter results before the market opens.

Think of augmented reality glasses and you probably imagine a bulky headset displaying holographic images and virtual worlds. You probably do not think of Bose, the 55-year-old headphone and speaker manufacturer, writes Tim Bradshaw in this week’s Tech Teardown.

Yet Bose Frames, a new pair of sunglasses released globally earlier this summer, provide just as intriguing a glimpse at the future of post-smartphone computing as Microsoft’s Hololens or Magic Leap. Much like Snapchat’s Spectacles added a camera and a Bluetooth connection to a pair of regular sunglasses in 2016, Bose Frames add a wireless audio system. Tiny speakers in the arms of the $199/£199 glasses take the place of traditional headphones or earbuds. Read more 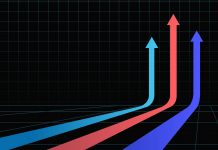 Why Snap, Twitter, and Yelp Stocks All Popped 10% (or More) Today – The Motley Fool 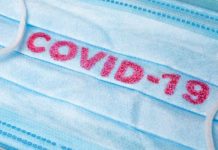 Taking Stock of the Earnings Picture Amid the Coronavirus Pandemic – Zacks.com 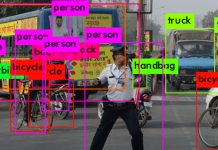 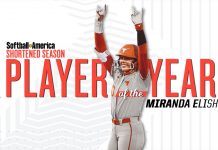 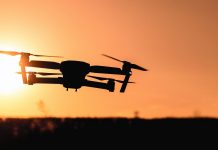