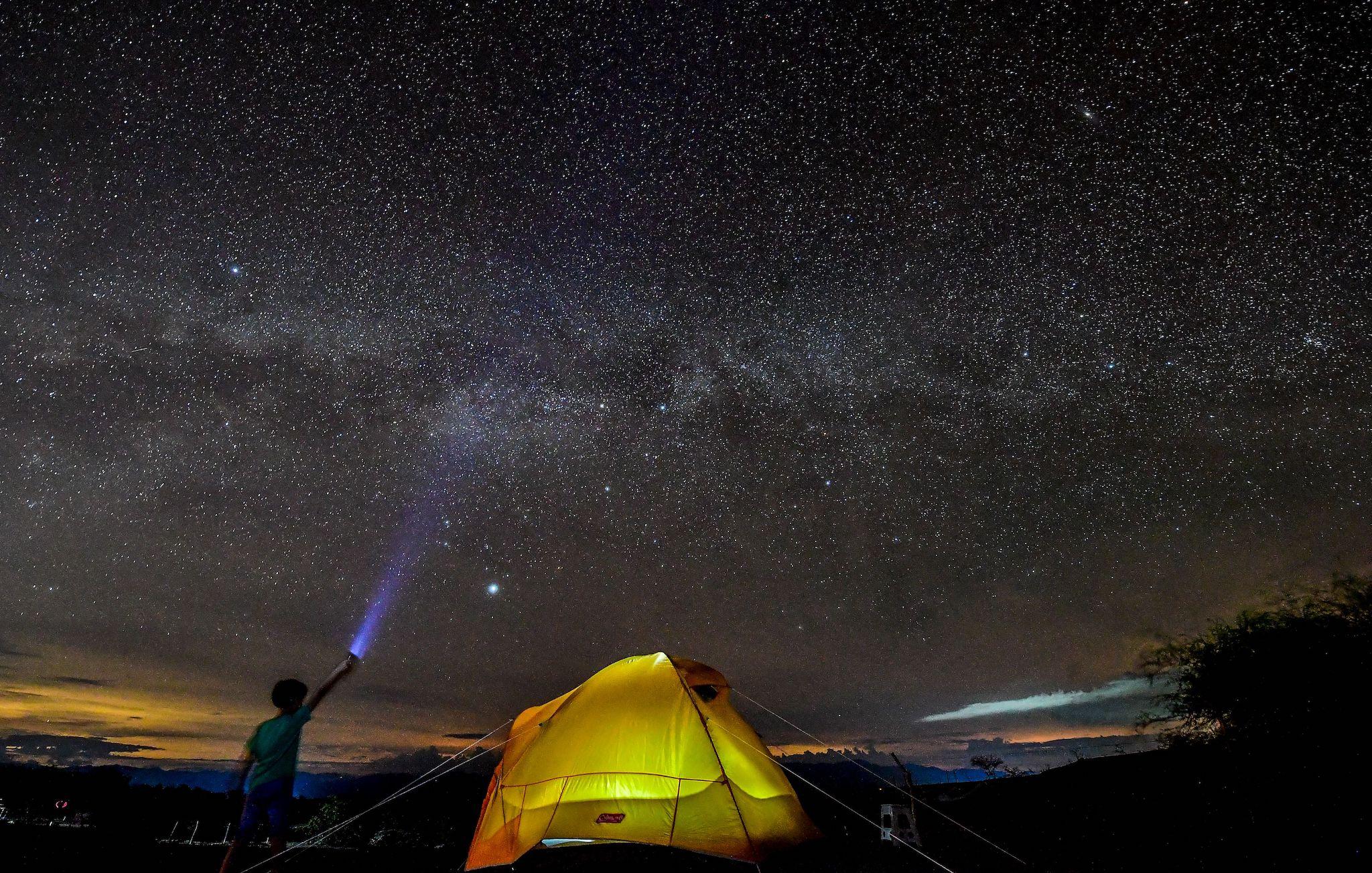 Astronomers might finally have found the reason behind our galaxy‘s strange, warped shape.

Decades ago, astronomers realised that the Milky Way‘s disc, which contains most of the stars, is not actually flat. Instead, it curves up towards one end, and down at the other.

It has given rise to a number of theories, including suggestions that it might be the result of a magnetic field or a halo of invisible dark matter that is thought to surround our galaxy, bending the disc because of its own galactic shape.

But new data taken from the European Space Agency’s Gaia satellite, which aims to map the stars, suggests that the distortion is actually the result of a collision with another, smaller galaxy next to ours. That collision is still happening, a new study says, and is sending ripples through the galactic disc of the Milky Way.

The new study relies on unique information from the Gaia mission, which has gathered data one more than a billion stars from our galaxy. A team of scientists picked through that release and found that the warp is not static but changes over time, spinning around on its axis.

The warp takes 600 to 700 million light years to make one rotation. That is much faster than expected – and would be explained by those other explanations for the warp – suggesting that it is caused by something far more powerful, such as crashing into another galaxy.

“We measured the speed of the warp by comparing the data with our models. Based on the obtained velocity, the warp would complete one rotation around the centre of the Milky Way in 600 to 700 million years,” said Eloisa Poggio of the Turin Astrophysical Observatory, Italy, lead author of the study published in Nature Astronomy.

“That’s much faster than what we expected based on predictions from other models, such as those looking at the effects of the non-spherical halo.”​

Astronomers are so far unable to see which galaxy might be colliding with ours, or how long ago that happened. One possibility is Sagittarius, which orbits the Milky Way, is believed to have burst into its disc previously, and is being gradually absorbed by our galaxy.

Astronomers cautioned that despite the intense grandeur of the warp, it has no meaningful effect on life on Earth.

Read More   The biggest government pledge to science spending for 60 years – but who benefits? | Sarah Main
tweet
Share on FacebookShare on TwitterShare on LinkedInShare on Reddit
businesstelegraphMarch 3, 2020