Over 800,000 cars in the UK are unable to run on E10 petrol, a fuel the government recently announced it is considering introducing to forecourts.

The fuel, which contains 10 per cent bioethanol compared to the 5 per cent contained within current unleaded, is said to reduce greenhouse gas emissions by 2 per cent.

• Petrol or diesel: which is best for your needs?

But while the government conceded around 1 million cars would be unable to use E10 when launching its consultation, fresh research from the RAC Foundation has determined many of these are likely to be family runabouts for the less-well-off.

While all new cars sold in the European Union from 2011 must be able to run on E10, analysis of the DVLA’s database carried out by the RAC Foundation revealed over 28,000 Volkswagen Golfs and almost 16,000 Nissan Micras are unable to run on E10 petrol.

The higher bioethanol content of E10 can dislodge deposits in older engines and fuel systems, causing blockages. It can also cause some seals, gaskets, metals and plastics to corrode in unsuitable vehicles. The 2 per cent reduction in carbon emissions that a switch to E10 petrol would bring would also have to be taken into consideration alongside fuel consumption, as E10 is thought to decrease economy anywhere from 1.5 to 3 per cent.

The government’s proposals would see E10 petrol introduced to forecourts, with larger forecourts (those that sell 3 million litres of fuel a year or more) also stocking a clearly-labelled “protection-grade” E5 petrol for older cars. This protection-grade fuel would prevent retailers selling expensive super-unleaded as their E5 offering.

But by the end of 2020, the requirement to sell a standalone protection-grade of E5 petrol would come under review, potentially allowing forecourts to use super-unleaded as their E5 petrol offering.

Steve Gooding, director of the RAC Foundation, said: “As and when E10 appears on the forecourts, drivers need to know whether their cars can use it without being damaged.” Gooding said that “even in a couple of years’ time there will still be hundreds of thousands of cars on our roads that are incompatible with the new fuel.”

While Gooding conceded that the proposals recognise “the need to protect the users of those older vehicles which are not E10 compatible”, he said it would be “interesting to see whether the current consultation generates support for the Government’s proposed way forward.”

Launching the consolation in July, transport minister Jesse Norman said the Government is “ambitiously” seeking to “cut carbon emissions from transport”, though he stressed “drivers of older vehicles should not be hit hard in the pocket”. Norman said the consultation aimed to “understand the impact of E10 on the UK market better, and to ensure that drivers are protected if any changes come into effect.” The consultation is open now, and closes on 16 September.

Back in 2016, the Energy Select Committee was told the only way for the UK to hit EU renewable energy targets was to introduce E10 petrol. At the time, Jonathan Murray from the Low Carbon Vehicles Partnership told MPs E10 would give the UK “a fighting chance of getting to the target”. 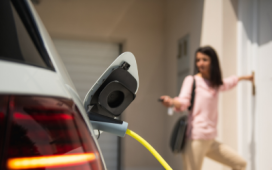 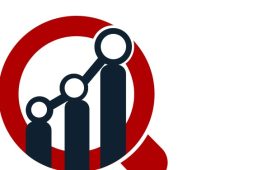 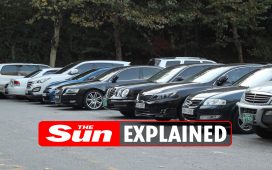 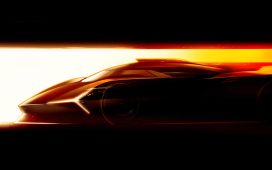