OREGON NEWS: The Oregon Legislature passed several changes to Oregon laws that modify land use practices around the state. Land use experts see trend of state telling cities what to do. 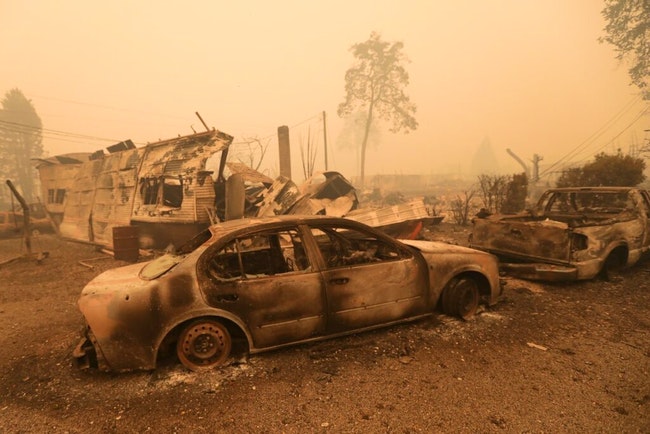 Due to some of the more than two dozen land use laws passed in the 2021 session, cities must allow affordable housing on land not intended for homes, approve emergency homeless shelters and stop limiting the number of roommates who can share a home.

Land use experts say these changes are part of a trend caused by Oregon’s ongoing housing crisis. State lawmakers are no longer content to leave decisions about housing to local governments.

“We are seeing more legislation that directs local governments to allow more types of housing in more places,” said Palmer Mason, senior policy adviser at the state Department of Land Conservation and Development.

The League of Oregon Cities, which opposed the 2019 law mandating approval of duplexes, took a neutral or supportive position on this year’s changes. Ariel Nelson, the League’s lobbyist on housing issues, said cities had a major role in helping craft or amend bills.

For instance, an earlier version of one new law guaranteed that affordable housing developments on residential land could be up to 36 feet taller than market-rate apartments — until the League flagged that one small city didn’t have fire trucks with ladders tall enough to reach that height. The law now lets local governments reduce the extra feet allotted to affordable housing because of fire safety.

“The legislators who introduced these bills and the advocates that worked on them came to us in a collaborative fashion and said ‘Here’s what the problem is. Here’s what we think we can do about it. What do you think? We want this to be something you can support,’” Nelson said.

Starting in January, religious groups and nonprofit organizations will face fewer hurdles building affordable housing on land not intended for homes. Legislation pushed by Senate President Peter Courtney requires cities and counties to allow such developments on some land that isn’t zoned for residential use without requiring a costly and time-consuming zone change or conditional use permit.

During a committee hearing earlier this year, Courtney described his proposal as a way to help cities avoid drawn-out fights with neighborhood associations. In his experience, local governments often want to add housing, especially affordable housing, but neighborhood groups make that difficult, he said.

Gwenn Wysling, executive director of the largest homeless shelter in Central Oregon, wrote to a House committee that the bill, coupled with funding from a $65 million state grant, would have enabled her organization to open a warming shelter. Advocates for the homeless in Bend spend each year trying to find space for temporary shelters when temperatures plummet, to limited success.

“With current funding available through Project Turnkey, Bethlehem Inn would likely already be providing shelter during this serious winter storm,” Wysling wrote in February. “Instead, we are spending valuable time and resources having to apply for conditional use and now are subjected to a long and drawn out waiting period.”

Wildfires destroyed more than 4,100 homes last September and the Bootleg Fire took out at least 160 more this summer. Several new land use laws address the past year’s fires or aim to prepare for future property loss due to fire or other natural disasters.

One measure allows anyone whose home was damaged or destroyed by a fire in August or September of 2020 to rebuild under building codes from 2008 or the date the home was completed, whichever was later.

Dave Hunnicutt, president of the Oregon Property Owners Association, said he asked state Rep. Brian Clem, D-Salem, to run the bill to clear up issues some residents had in rebuilding. Cities and counties have a patchwork of laws on nonconforming structures, or buildings that met standards when they were built but don’t anymore. The aim is to eventually repair or replace those nonconforming buildings with ones that comply with updated codes.

Hunnicutt said some buildings destroyed by fire might be closer to a property line than currently allowed because setback requirements have changed over the years. On older lots, there may even be a question of whether the lot was created legally decades ago.

The new law takes care of issues facing homeowners who lost their property during last fall’s fires, but Hunnicutt said the Legislature should still work on a more permanent fix to ensure anyone who loses a home to a natural disaster can restore it.

“If you lost your home as a result of some type of natural disaster, I think it’s pretty callous and cruel for the state to go in and make you essentially start all over with the land use permitting process,” he said. “There needs to be a set policy so that we don’t have to go in after every single natural disaster and do something.”

Two other measures aimed to ensure temporary housing for the thousands of Oregonians displaced by fire. One would permit residents whose homes burned to stay in recreational vehicles on their property for up to two years while rebuilding.

The other directs cities to approve applications for mobile home parks to replace a destroyed park and to change zoning to allow new mobile home parks if a natural disaster caused a local housing shortage. The Almeda Fire last year destroyed more than 1,000 mobile homes in 18 parks when it tore through Talent and Phoenix .

In many cities, the number of people allowed to live in a house differs depending on whether the occupants are related. Come Jan. 1, there will be no such restriction.

State Rep. Julie Fahey, D-West Eugene, authored one law to prevent cities from establishing different occupancy limits for families and unrelated roommates. Instead, occupancy limits in all residences would be based solely on standards around health and safety, to keep apartments from turning into tenement slums.

“Maybe it has a very small impact — it was a small bill, it was very short — but if it can remove a little bit of that demand while we focus on increasing supply, I think that’s a good thing,” Fahey said.

Supporters of Fahey’s legislation, including the advocacy group 1000 Friends of Oregon, said it would help alleviate housing discrimination. The group’s deputy director, Mary Kyle McCurdy, wrote that occupancy limits based on familial status are more likely to exclude renters, immigrants, low-income Oregonians and students from homes where they could otherwise live.

A second law requires all homeowners associations, which make and enforce rules for a neighborhood, to remove any discriminatory language from their governing documents, including occupancy restrictions based on whether residents of a home are related, by Dec. 31, 2022.

It follows a 2018 law that aimed to make it easier to remove outdated and unconstitutional race-based restrictions from property deeds. In the early 1900s, many home deeds in Oregon cities contained language prohibiting the property from being sold to or occupied by people of Asian or African descent.

Fahey found such language in her home deed and introduced the 2018 law, which simplified the process to remove those covenants and eliminated court filing fees. Those restrictions were made unenforceable by the Fair Housing Act of 1968, but activists rallied to remove them entirely.

NEWS TIP? Please send an email to [email protected] for our reporters to review. 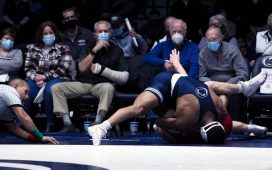 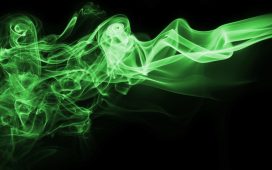