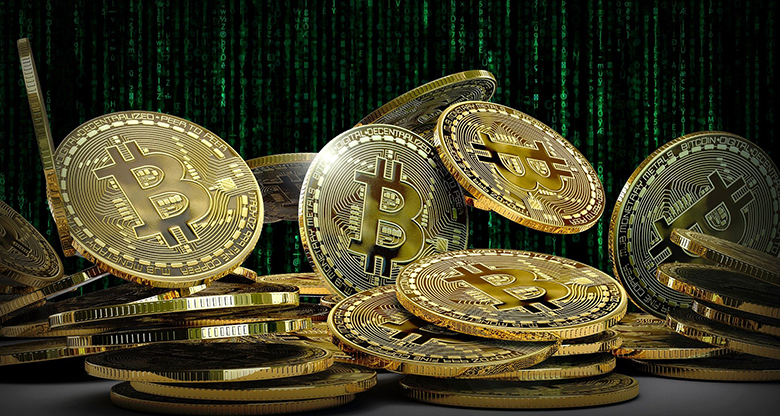 Bitcoin has performed strongly this year, with the price up 40% to mid February, as equity markets have been growing increasingly nervous about the impact of coronavirus on top of trade tensions and slowing growth.

New vehicles for institutional investors to take exposure to crypto keep coming. In February, Singapore-based asset manager Stack Funds, which is regulated by the Monetary Authority of Singapore, was marketing a bitcoin tracker fund to accredited Asian and other non-US investors.

For the first time, such a fund comes with full insurance on custody, which is provided by BitGo, with banking facilities from Silvergate, the regulated and listed US bank, and pricing from a third-party valuation agent CoinMetrics.

It will invest long-only, 100% in physical bitcoin and charge a 2.25% management fee, which compares with crypto hedge funds that can charge north of 20% for custody on top of the standard 2% management and 20% performance fees.

Many of these diversified crypto hedge funds are doing poorly. Bitcoin has been ripping higher, other cryptos not so much: hence the initial launch of a pure bitcoin tracker.

Michael Collett, co-founder of Stack Funds, who spent 25 years in equity sales and trading in Asia with Dresdner Kleinwort Benson, Lehman and Merrill Lynch, tells Euromoney how the idea for the index tracker grew out of attempts to launch a crypto hedge fund back in 2018.

“We wanted to present old-world investors with a crypto fund which they could feel comfortable with,” he says. “We even had the first ever insurance certificate for crypto custody from a well-known triple-A insurance syndicate based in London – but at that time, it was nigh on impossible to raise funds. As the bitcoin market tumbled, investors were less confident that it was time to take the plunge.”

In 2018, bitcoin collapsed into the great crypto winter. It has since thawed. The timing now is much better.

Collett says: “In the last two years, the interest among what I would describe as true institutional investors in bitcoin has grown significantly. With the future growth of traditional markets uncertain, it’s no wonder. Our models show that adding even 1% of bitcoin to a 60/40 equities-bonds portfolio can lead to more than a 5% increase in cumulative returns. We just had a two-week roadshow in Europe and the Middle East, and investor response was extremely positive; we’re already in discussions with a couple of potential cornerstones.”

The company has targeted a $750 million fund raise in 2020. Collett points out: “Stack Funds is a regulated investment platform on the established model that can build funds in response to investor demand. Right now, bitcoin is the best performer, and the idea of investing in it in a low-cost tracker with full custody insurance almost sells itself.”

He says: “We may later launch funds for the next top 10 crypto assets by value. This period reminds me a little of emerging market equities in the 1990s, when the big institutional investors all wanted to buy Indian stocks or Korean stocks. While the potential of these markets was well-known, investors were reluctant to enter until well-known service providers, such as Fidelity and Ameritrade, began providing custody.”

We have been here before with efforts to build traditional financial market infrastructure around bitcoin.

CoinShares has been offering exchange-traded products on bitcoin since 2015. The CME launched bitcoin futures at the end of that year, saw average daily volume reach over 6,500 contracts in bitcoin futures in 2019 and decided that liquidity was sufficient to offer options on these futures from January this year.

These are reassuringly familiar instruments for conventional institutional investors.

One source at a crypto brokerage says: “Big institutions are not herding in, but from a base of zero, they are edging up to crypto and many are now kicking the tyres. For now, it’s still mainly family offices and nimble pools of private capital investing, but the financial tides are changing.”

Bitcoin is not a currency. The moves in value are just too great to fit that definition. It has more of the feel of venture capital.

“But it is an intriguing asset,” this source says, “one that is not beholden to central banks and money printing, but rather to math. It is now highly liquid and it has very investable properties.”

Proponents will tell institutional investors that a 1% allocation to bitcoin would, as well as boosting the returns on a conventional portfolio, also lower its standard deviation and increase the Sharpe ratio.

Bitcoin also now has carry. There are no published bitcoin swap or yield curves but, as liquid two-way markets develop, more and more participants are finding they can make a long-term investment and still lend bitcoin out for a week or 10 days, usually to shorts, for up to 10%.

In a zero to low-rate world, that is attractive.

Meltem Demirors, chief strategy officer at digital asset manager CoinShares, tells Euromoney: “The whole narrative around bitcoin has gone from ‘it’s a scam’ to ‘OK it might be interesting’, to ‘this might be legitimate and I might allocate to it.’ For quite some time, venture capital funds, for example, have invested in the equity of companies dealing in cryptoassets. Now they are investing directly in digital assets themselves.”

The crypto broker agrees: “We have seen pension plans be quite creative and invest in venture capital funds that have allocated to this space. It’s unlikely that a pension plan would ever allocate 1% to bitcoin or any other cryptocurrency because that would be a huge amount of money and the market capitalizations of most of them is still small.”

He says: “For the same reason, you’re probably not going to see Fidelity and Goldman Sachs and Morgan Stanley each launch $1 billion funds. But you could certainly see appetite for funds investing in five to 10 of the biggest and most traded digital currencies.”

The investment thesis around bitcoin has been as unstable as the price for most of its 12-year life. It started as a currency until the slow processing capacity of the bitcoin blockchain became apparent, when it was recast as digital gold. Then the price collapsed. Now it is being touted on a rising price and uncorrelated returns. But that lack of correlation is being modelled on a new asset, with a short history.

It remains to be seen how long this latest thesis holds.

The financial world is full of opportunists. If there’s money to be made from researching, selling, making markets in, broking and investing in something, then respected household names of finance – like Fidelity – will get there eventually.

And that will make it easier for regulators to accept.

Bitcoin’s Ethereum Rivalry Could Be Assuaged With tBTC Bridge – Bloomberg 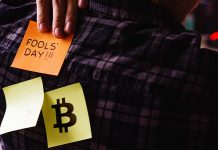 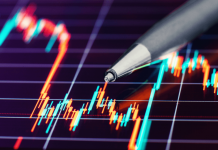 Research: Bitcoin Still Correlated with US Markets, But Not for Long – Cryptonews 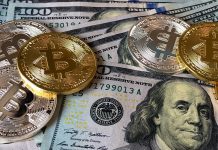 Where to use Bitcoin During The Quarantine? 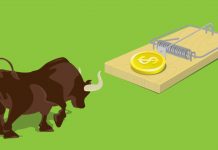 Bitcoin Leaps to Retest $7,000 But Risks a Major Bull Trap: Here’s Why – newsBTC 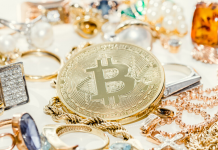