New Relic on Thursday published its third quarter financial results in line with market expectations. However, its Q4 guidance was weak, and shares fell in after-hours trading.

The company’s non-GAAP net loss for the quarter was 14 cents a share on revenue of $166 million, up 9 percent year-over-year.

Analysts were expecting a net loss of 14 cents on revenue of $165.09 million.

“Our financial results for the third quarter reflect the positive early reception we’re seeing from our customers to the changes we’ve made across our go-to-market and platform strategies,” CEO Lew Cirne said in a statement. “We are successfully migrating the majority of our larger customers onto the new model and engagement is increasing as evidenced by steady growth in data ingest, two positive signs of momentum from our customers.”

Along with changing the way it charges customers, New Relic recently announced a new strategic partnership with Amazon Web Services. It also announced its acquisition of Pixie Labs, an observability solution for developers using Kubernetes.

For the fourth quarter of fiscal 2021, New Relic expects revenue between $166 million and $167 million. Wall Street is expecting revenue of $170.81 million. 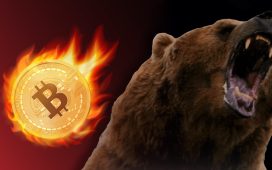