An emphasis on technological innovation, more precise data tracking, co-located mining, and customer service are paving the way for the 2020s.

During this decade, cryptocurrency and blockchain technology have roared into being, creating two giant market surges – and falls – and enduring tough growing pains. After the wild ICO-led rise and retreat of cryptocurrency in 2017, which drew huge numbers of miners into the market and led to headline-grabbing spikes with Bitcoin, among others, we’re in one of those “growing pains” phases – which could be a good thing.

It is a very good thing, according to crypto expert Ben Payne, owner of New School Mining, who views it as an opportunity to upgrade and implement new technology while focusing heavily on the areas of greatest concern to crypto miners and blockchain users – transaction speed, privacy, and customer service.

“From a miner’s standpoint, we’ve seen a lot of people getting out of it,” Payne said. “The margins aren’t there like they have been. From a customer service standpoint, though, I’m saying, ‘Hey, there’s stuff going on.’ Prices may be down, press excitement may be down, but the engineers behind the scenes aren’t slowing down, not the ones with the financial capability to continue.

“What is going to bring crypto to its next high point is people seeing other applications for the technology. If I were to sum up 2017 and 2018, the market craziness was all because of ICOs. About $8 billion was invested in ICOs, which drove a lot of money in. Then it got press and hype, people came in to buy and hold coins, which drove the market price up.”

Payne, a successful software engineer, and his wife and business partner Ava Payne started New School Mining in 2017 to focus on two underserved areas – co-located mining and direct customer service. They’ve since staffed up with a team of experts in all operational facets. Like thousands of other miners, Payne grew weary of the shoddy response time to his inquiries to coin exchanges, as well as limitations on the technology and process to mine most efficiently. He saw a need for more efficient hardware and power usage in data centers, and to create affordable mining solutions. Customers can either use NSM hardware (cloud mining) or their own hardware located on site (co-location mining), or have the NSM team take care of the mining for them; they also consult on blockchain, cloud, and co-located mining. Today, NSM’s 8,000-square-foot center has more than 1,000 GPUs and is growing steadily. They mine Ethereum, Ravencoin, BitTube, and other coins.

“A number of people I’ve met are reaching limits with their setup,” Payne explained. “They’re trying to scale up their operations and need a place to go. That’s where co-location comes into play. They might have spent a couple hundred thousand dollars on mining equipment, then underestimated how much investment it takes to keep those things running. It’s easily an additional $100,000 to $200,000 investment to keep $200,000 of equipment running. However, that number goes down with scale, so the advantage in going with co-located, customer-owned hardware is they can take advantage of that scale. Co-location is an ideal solution.”

It’s going to serve us well during this time of retrenchment, innovation, and growth. Payne and several other experts in the field see 2019 as a year of technology upgrading, market steadying, and larger crypto coins co-opting and integrating superior technologies developed by smaller exchanges (which they can do, as most of the coding is open source).

“If I had to sum up where things are going this year, we’re going to see a lot of technology innovation. A lot of mixing the pot,” Payne said. “If you think of all these ideas and the couple thousand cryptocurrencies that exist, they’ve all done their own little things. Now you’re going to start seeing the people with established userbases entice more users. They’re going to look at technologies that others have developed, the small coins, and integrate them. How? Well, they have to embrace and bring out something innovative. We’re going to see the top 20 coins start to do some innovative things.”

One of which is already happening, bringing us to the major topic of transaction speed. Right now, coin exchange speeds are a tiny fraction of what you see in a typical financial institution like a bank, credit card, or stock market operation. On that subject, Payne pointed to Mimblewimble, a curiously named technology, first white-papered in 2016, that increases scaling and transaction speeds and enhances privacy on personal information in wallets – a killer dual purpose badly needed in blockchain.

“Mimblewimble’s [transaction] numbers will be significantly higher than the fastest blockchain, because it aggregates lots of transactions into bigger blocs. It allows individual wallets to direct-transact, but also protects your data and addresses the privacy issue. It nails the two biggest complaints about blockchain – transaction rates and privacy. When Litecoin announced they were going to start using this technology, the next day, they were up 30 percent, and brought all the currencies up 10 percent. A new coin has even been created around Mimblewimble, called Grin.

“A lot of people are intrigued by this technology,” Payne went on. “There has been a priority in the cryptocurrency and blockchain space to tighten up privacy and speed up transactions – and get much improved customer service. When it comes to the currencies that have the most volume – Bitcoin, Ethereum – the issues need to be addressed in a major way.”

Another core area in which Payne is driving industry improvement is customer service. As a software engineer and consultant, his relationship with customer service is basically do-or-die: if you don’t provide great customer service, you lose business. The crypto world has been notorious for shoddy, sometimes non-existent, customer service. Reversing that, in an industry-leading way, has been central to NSM’s mission since day one.

“The problem goes back to customer service,” Payne said. “Many websites are incomplete, they don’t have good messaging, company principals are unknown or unavailable to customers, and the business model doesn’t give you access to your hardware at all. Miners need to be comfortable in knowing companies like New School Mining are serving their best interests, and staying in touch. I need to be comfortable with the idea of sending $2,000 or $200,000 to the company for co-location, have the confidence I’m getting my hardware back if and when I ask for it, and that the company is reputable and looks out for my best interests as well as their own. That’s rare. It should be automatic; it’s customer service at a very basic, common-sense level.”

Related: How to Choose a Cryptocurrency Exchange

NSM’s emphasis on creating an informative website with videos, newsletters, industry articles, Payne’s expert tips on coins and mining, and other customer-centric content sounds like basic business communication, but in the crypto space, it’s innovative – and customers are noticing. They also note the rapid speed of getting responses from executives that work with them individually to enhance their mining potential, rather than simply taking an online profile and investment in coins, and giving back little to no information.

The Paynes see the type of information shared between company and customer as the next step forward – and it’s a big step, as Ben Payne explains, one that speaks to a future where we can track every bit of every transaction, and so can the host datacenter.

“Our vision is to have a fully automated end-to-end system, making sure the miners are running, monitoring them and keeping them running, whether providing hash power to a pool or solo mining,” Payne said. “Also, tracking payments, making sure we’re generating payments daily, hourly, from these mining pools to a wallet. We want to track these and measure directly what our actual yield from the mining is. That’s a difficult thing for most miners to do, actual yield, especially when you’re mining multiple currencies and changing currencies on a regular basis.”

Ava Payne feels that personal, high-quality attention is one of the biggest survival skills crypto exchanges and blockchain providers can adopt and excel at in the coming years.

“Communication is a key point. Experienced people like Ben understand this technology, the exchanges, and customer service needs, and know how to communicate that. However, so many people have just jumped on this bandwagon as a novelty, the hottest new thing. Maybe they’re not as tech savvy. Communicating with them, keeping them in the loop, keeping them updated on their hardware and what’s happening in the larger industry, is very key. Companies that get it right … are companies where the customers are made to feel special. Whether you’re one of 100 customers or one of a million, doesn’t matter – everyone should feel special.”

What will happen next to the cryptocurrency exchange market? What will move it from its hovering position into the next growth phase? Whatever it is, Ben Payne predicts we’ll see more of the organic growth we saw from 2014, when Bitcoin’s first big spike sent thousands into the market, until the second spike in 2017.

“It will be interesting to see what moves the market,” he said. “If it’s a technology play, and it’s the wave of the future with this or that coin, I don’t know that it will necessarily drive in as much money so quickly. If it catches on as something useful, and you put $100 in, and another person puts $100 in, and it slowly and organically grows, then we’ll see a steady increase in value, not this spike we saw in 2017.” 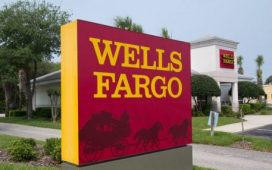 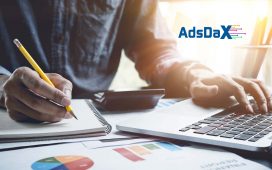 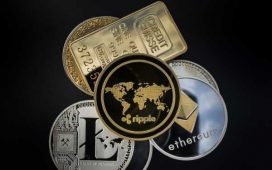