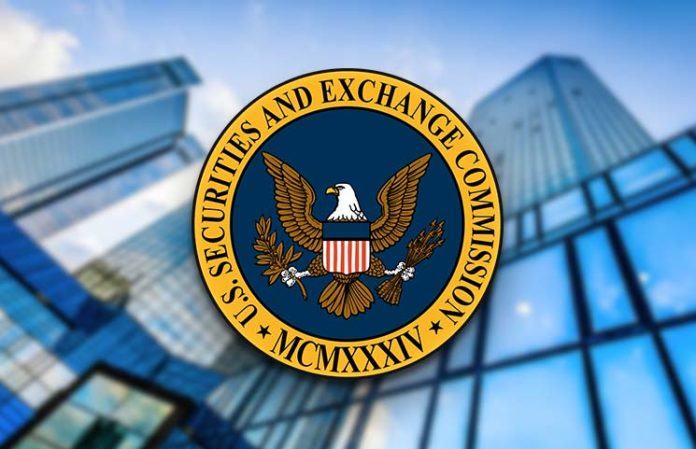 People in the crypto industry always ask for more clarity from the U. S. regulators, that much is a fact. Unfortunately, the local regulators are known for dragging their feet for too long and never coming up with quick solutions. Last month, however, the U. S. Securities and Exchange Commission (SEC) decided to publish a framework for investments in digital assets.

The paper was meant to create a more attractive environment for people to be able to invest. However, the reaction of the crypto community to the document has not been very good so far.

Most people believe that this new piece of regulation can make it easier for big companies like Facebook or Google to invest in cryptos while the life of startups will be considerably worse.

The Situation of Crypto Regulation In The US

At the moment, cryptos are very hard to regulate within the U. S. The SEC Commissioner Hester Peirce has already affirmed that some tests to know whether something is a security or not can lead to more trouble than answers, for instance.

This means, for instance, whether a crypto exchange can be able to offer a product without having to consult with the SEC first. These tests are, however, often hard to know whether you’ll pass because cryptos are such an emergent technology.

KIK, for instance, started a legal battle with the SEC in order to prove that its Initial Coin Offering was not a security sale. Unfortunately, the company has already sunk over $5 million USD so far, which is not being profitable for the company at all.

The truth is that this new piece of regulation is far from being very objective or useful. Why even issue it, then? The answer is: Project Libra is among us. The Facebook crypto project, often known as Facebook Coin, is in the works. This will be huge and mainstream, not some small company trying its luck in the market.

As this project will happen and will bring a lot of money even to the government (because of taxes), it is clear that the SEC is now eager to find Facebook some solution on the whole troublesome gray area in which the country is in.

The impact of a project like Facebook’s in the market is basically unseen so far, as it may be able to reach a higher market cap than even Bitcoin has (and Bitcoin has no owner, mind you, so it is harder to regulate).

Facebook has 2.38 billion active users. This is almost a third of everybody on the planet. Project Libra is certainly exciting for some people, although probably not too much for hardcore crypto fans, especially as Facebook does not respect individual privacy, but no one can deny that this is a huge project.

This raises a question: is the regulation unfriendly to startups and ICOs because it was tailored for Facebook. Maybe. In truth, it is hard to say, but there are some hints of that. The regulation is considerably less favorable to ICO projects, for instance than projects from companies which are already large.

Take this example: both the Facebook project and the Basic Attention Token (BAT) can be used to reward people from watching ads. The BAT tokens, however, are more likely to be deemed a security than Libra because they used an ICO to raise funds.

READ  Digital currency law must not be lopsided to pro financial services, says tycoon - The Edge Markets MY

If some token, when it was raising money, was able to gather more money than it was needed for the basic structure, according to the SEC, it is more likely to be a security. Tokens will be also more likely to be seen as securities when there is the promise of a future business involved or when people expect to buy them in order to profit. This basically described ICOs.

Another point is to market broadly the token (such as BAT was) against offering the product only for people who want to use it, as Facebook will do. If you do it like BAT, your products are more likely to be considered a security.

Obviously, part of the reason why the SEC choose this legislation is to avoid risks for investors. ICOs are a sort of a gamble. If you already have the product done, it is fairly safer. However, it should be considered how this can harm the startups.

It was also considered a negative point by the community that if an asset is prone to rise in value (such as Bitcoin and most cryptos), it is more likely to be considered a security. This could be because the SEC is afraid that cryptos will take fiat’s place, so they only want currencies which are inflationary and do not pose a threat to be used.

Not A Good Piece of Regulation

Our conclusion is that this piece of regulation sent out by the SEC is not actually very good. It encourages successful communities to create their own tokens but it simply abandons the smaller ones.

While it is understandable that regulation is needed, as 80% of the ICOs were unprofitable last year, the truth is that the regulation cannot be too harsh on small companies. The important goal here is to protect both the startups and the investors so that they both can get what they want.

Now, the crypto community will have to prepare for Libra and all the other projects that will still appear. If the community is not strong, these projects from megacorporations will take the whole market by assault and decentralization will only be a far away dream.

Bitcoin is not immune to coronavirus fluctuations – Jim Duffy – The Scotsman

Winklevoss-led Gemini Custody to add Filecoin, trading may be next – Decrypt

How to explain blockchain to your customers – Decrypt Media