NHS and life sciences sector failing to work together


Mutual suspicions are preventing Britain’s National Health Service and life sciences companies from working together effectively, according to a new report.

Research by the NHS Confederation and the Association of the British Pharmaceutical Industry (ABPI) found that some NHS managers are actively telling staff not to deal with industry, while others keep joint projects with life sciences companies “below the radar” because of fears about private sector involvement in the taxpayer funded system.

The report, based on discussions with health and pharma leaders, said “the potential for co-operation has never been fully realised” and warned that failing to work together more closely “risks severe damage to both” sectors.

Niall Dickson, chief executive of the NHS Confederation, said that as the NHS increasingly managed people with multiple conditions and sought to mitigate demand in the hospital sector, “technology in the wider sense, and life sciences in particular, are going to be utterly critical for the NHS over the next ten or 15 years”.

The life sciences sector is one of the most important in the UK economy, supporting nearly half a million jobs, while the NHS is the country’s largest employer.

The report said there is ample evidence that “effective collaboration is possible and that it delivers results”. It cited a series of NHS/pharma partnerships, such as a training programme between some NHS organisations and US pharma giant Pfizer, which halved the risk of prescribing errors among junior doctors.

It also mentioned a partnership between AstraZeneca and Leeds Teaching Hospital to review heart disease patients’ medication which led to a fall in acute coronary syndrome readmissions of around 50 per cent.

However, significant barriers to co-operation remain, partly owing to concerns that involvement of the private sector will erode the fundamental principles that underpin the NHS.

The Confederation and ABPI say that within the health service it is sometimes “felt that cross-sector partnership needs to happen ‘under the radar’, and that NHS leaders could be reluctant to celebrate or communicate success”. It also found that some NHS organisations “described being actively instructed not to deal with industry by their local leadership”.

The authors said there needed to be “an unambiguous signal not only of permission but of encouragement from the highest levels of the NHS” for such partnerships to become more common.

They also pointed out that the NHS, which provides universal coverage for an individual’s lifetime, and thus generates deep and comprehensive data sets, could prove a crucial post-Brexit advantage for the UK.

“If we can combine this evidence base with the expertise of industry there are enormous possibilities,” the report said. It suggested the health service could be “at the cutting edge in helping to develop and evaluate new products”, as well as working out better ways to prevent illness and care for patients, and recommended that industry and NHS leaders sit on each others’ boards as part of a drive to “cross-pollinate” and share expertise.

“I think traditionally the way in which the health service would have dealt with the pharma industry in particular is very transactional — ‘I will buy these products for this amount of money’ and we’ll have a lot of arguments about the money,” said Mr Dickson.

He added there was a growing recognition that the changes needed to keep the heath service sustainable would not happen if the NHS did not tap into “the undoubted expertise that exists in industry”.

Mike Thompson, chief executive of the ABPI, said the benefits of partnership with the health service were “compelling — a ‘triple win’ of improved patient outcomes, more efficient use of NHS resources and evidence of impact for industry”. 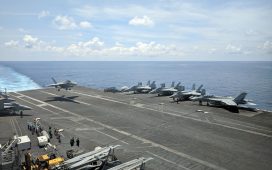 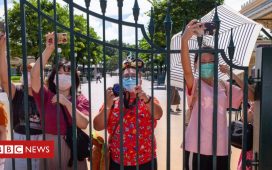 Coronavirus: HK Disneyland to close one month after reopening 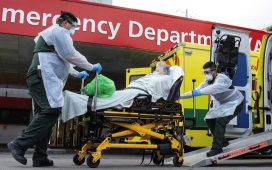