Nike call shows how complicated and messy logistics have become

After spending a few minutes talking about triumphs at the Olympics, buzzy sneaker drops and a headquarters tour with LeBron James, Nike Inc. executives spent much of the rest of their quarterly earnings call addressing something much less glamorous: logistics.

“We are not immune to the global supply-chain headwinds that are challenging the manufacture and movement of products around the world,” Chief Financial Officer Matt Friend said on the call.

Nike cut its revenue forecast and warned of inventory shortages in the coming months that will affect its business across regions. The mess stems from long shipping times and factories that have been forced to halt production due to Covid-related lockdowns. That’s left management searching for answers.

Executives said they didn’t anticipate that the situation would worsen over the last 90 days, with government shutdowns in Vietnam and Indonesia and bottlenecks clogging transit around the world.

They went into extraordinary detail to explain the situation to investors and analysts. Friend said 80% of Nike’s shoe factories in Vietnam and nearly half of its apparel plants are closed, causing the loss of 10 weeks of production thus far. It’ll take several months to get back to full capacity.

Shipping times, meanwhile, have doubled across key routes from Asia to North America because of congestion at ports and railways, plus labor shortages. Goods that used to take 40 days to ship across the planet now take 80 days, leaving products stuck in transit for months. Margins have been hurt by rising ocean-freight surcharges.

“Both Matt and I wish we had a crystal ball, but we don’t,” said Chief Executive Officer John Donahoe. “We’re doing what great sports teams do, which is confronting the reality, making adjustments, showing agility and executing in a way where we emerge stronger.”

Analysts are concerned that it won’t be enough, especially as Nike heads into the crucial holiday season when the spike in consumer demand could further jam up global trade channels.

“We fear this issue is just too large to control, even for the best-run athletic brand in the world,” Camilo Lyon, an analyst at BTIG, wrote in a note to clients after the call. 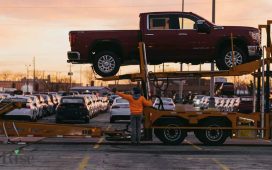 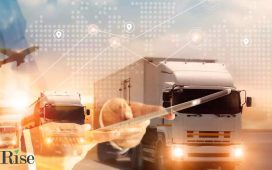