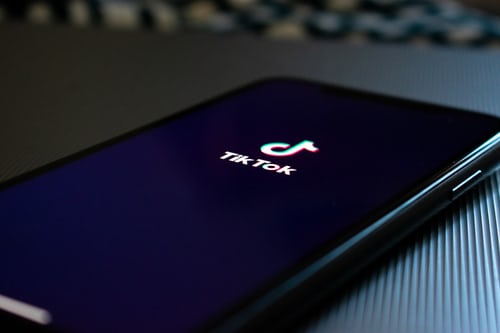 The U.S. Transportation Security Administration has decided to stop the use of TikTok videos on its social media posts. This was reported earlier today by MarketWatch. The agency’s decision to ban videos from this Chinese-owned mobile app transpires following the letter of Sen. Chuck Schumer sent to David Pekoske, TSA Administrator, over the weekend outlining TikTok’s national security review as initiated by the government.

In an article published on C|NET, “TSA denied ever publishing content on TikTok.” It also added it didn’t have its own account. However, the agency said a few of its employees were using their respective personal devices to make their own TikTok videos and were then used “in TSA posts on other platforms. This practice though, has been discontinued as confirmed by a TSA spokesperson in a statement sent via e-mail.

In a statement Sen. Schumer made via the letter he sent to TSA last Sunday, he said, there is a need for TSA to recognize the ironic danger it is placing the agency, not to mention, possibly the public I with if it continued to use the Chinese-owned social media app. The Senator added, “Given the widely reported threats, the already-in-place agency bans” and the current national security concerns which TikTok poses, the federals can no longer continue allowing TSA’s use of the video-sharing app to fly.

TikTok, a globally famous short video sharing app, was recorded to be 2019’s most downloaded mobile app with over 700 million downloads. However, U.S. politicians contended that this China-based firm could posture a threat to national security. The said argument led to an investigation of the issue. Similarly, the U.S. Army also prohibited TikTok from all government phones following the Pentagon guidance. Another similar ban by the U.S. Navy took place.

Indeed, in December last year, the U.S. Army banned TikTok from government phones, withdrawing its policy on the social media app, which was also used as a recruiting tool. Then earlier on, the U.S. Navy prohibited TikTok from government-issued mobile gadgets due to cybersecurity concerns. Owned by ByteDance, this short-video sharing app has undoubtedly drawn concerns not just from senator Schumer but form a lot of other U.S. officials, too, who worry that China’s companies can be used by the country’s government and use their products to spy.

In response to the national security concerns raised by the Senator, TikTok, on its part, said early this morning that “the concerns are unfounded.” However, it will continue to strengthen both discussions and security with the government. The company’s spokesperson said they’ve recently reached out to some members of the Congress to air their interest to meet in the future.

Among the TSA videos are musical lampoons about what can be brought on an aircraft and what’s prohibited. Other videos advertise or promote services such as the expedited screening program of the TSA dubbed, “PreCheck.” In one of these videos, viewers find a TSA spokeswoman with Nutella spread all over her face, exhibiting different chocolate spread containers to relay a detailed message of which can and cannot be put inside carry-on luggage.

Photography then and now: Berlin before and during coronavirus – The Guardian

Donald Trump: US will not pay for Prince Harry and Meghan’s security – Techzimo

10 Details About Voice-Activated Tech Every User Should Know – Forbes

Counter-terror bill is a threat to press freedom, say campaigners

How Businesses Can Inject Security Into IoT Rollouts