Union Minister Nitin Gadkari on Wednesday said that there will be no prior experience or conditions required now for the construction of a road tunnel up to 200 metres in length. Addressing virtually an event organised by industry body Assocham, Gadkari said the government also bears the revenue risk in projects where traffic flow turns out lower than anticipated, leading to a reduced toll collection.

Gadkari also said that the risk of traffic in addition to plus-minus 5 per cent traffic variation shall now be compensated by the National Highways Authority of India (NHAI). Noting that the COVID-19 pandemic had caused a slowdown in India, the minister said, “But due to the supportive policies of the government across all sectors, India’s GDP in the first quarter of 2021-22 grew to a record high of 20.1 per cent”.

According to Gadkari, the world is passing through a very challenging time, both on account of the health of people and the economy of the nation due to the pandemic. “However, now there seems to be positivity slowly coming all around across the globe,” he observed.

Gadkari said for national security and remote area connectivity, his ministry has taken up road tunnel projects of more than Rs 2 lakh crore. A separate tunnel zone has been created in the ministry to coordinate and expedite the tunnel works in the country, he added.

The minister also pointed out that arrangement regarding direct payment to approved sub-contractors through escrow account can be continued till September 30 or the completion of the work by the sub-contractor, whichever is earlier.

The government has been at the forefront in supporting the industry by re-aligning its policies towards creating a business-friendly and hassle-free environment, the minister said.

He said the National Master Plan of the ‘Gati Shakti’ scheme of more than Rs 100 lakh crore is focused on holistic and integrated infrastructure development in the country.

According to Gadkari the Gati Shakti Master Plan will provide the framework for the National Infrastructure Pipeline programme and is aimed at making Indian products more competitive by cutting down the logistics costs and improving the supply chains.

He said the highways sector in India has been at the forefront of performance and innovation, and the government has successfully rolled out several projects to speed up the construction of roads in the country by renewing the interest of private developers.

The minister said that to facilitate long-term investment into infrastructure, the government is in a process of setting up a new Development Finance Institution (DFI).

He also informed that each and every stage from tendering to payment to contractors has now been digitalised. 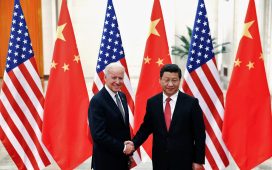 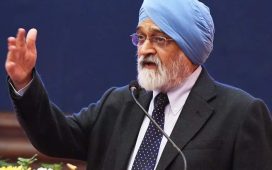 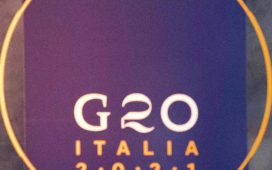