Sign up to myFT Daily Digest to be the first to know about Non-dom tax status news.

Wealthy non-domiciled people are being targeted by HM Revenue & Customs with “nudge” letters where the tax authority suspects they may be failing to pay the right tax.

Hundreds of letters have been sent to non-doms — people whose permanent home or “domicile” is outside the UK — during the past few weeks, the tax office confirmed.

The correspondence has been sent to those whom HMRC believes might have failed to declare and pay an annual levy known as the “remittance basis charge” (RBC) — which kicks in after non-doms have been UK resident for at least seven years.

Richard Jameson, partner at Saffery Champness, an accountancy firm, said: “The letters are seeking to give taxpayers the opportunity to put their tax affairs in order before the Revenue comes down hard on them.”

The penalties for failing to report and pay tax in relation to offshore assets is often harsher than for onshore matters, he warned.

Dawn Register, head of tax dispute resolution at BDO, an accountancy firm, added the letters were “not random” and HMRC had probably accessed its data to decide who to contact. She recommended people seek advice, adding that non-dom tax issues were a “horribly complicated area even for a tax adviser”.

For the first seven years that non-doms are based in the UK, they are allowed to pay tax only on income or gains made in the UK — rather than on their worldwide assets as UK-domiciled people are required to do.

One letter seen by FT Money told recipients that HMRC’s records showed that they had been “resident in the UK for 7 or more of the 9 years before the tax year starting 6 April 2019” and therefore they might need to pay the RBC of £30,000 or £60,000. However, this had not been included in their 2019 to 2020 tax return, the letter added.

“Most people who claim the remittance basis want to get things right but do not always understand the reasons why a remittance can occur,” it continued. “We want to help you get your tax affairs right. This is to avoid unnecessary contact and expense.” 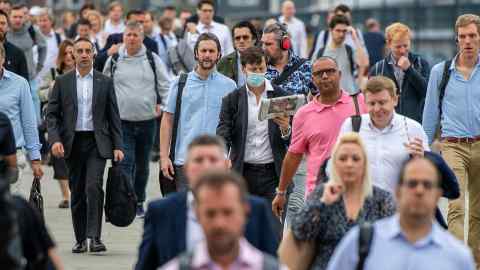 HMRC advised recipients to check their position by getting professional advice if needed and amending their tax return or telling HMRC their return is correct within 60 days of receiving the letter.

Margaret Curran, technical officer at the Chartered Institute of Taxation, a professional body, reported that a near identical letter had been sent to individuals whom HMRC suspected had been resident for at least 12 of the last 14 tax years and so may face paying the £60,000 RBC.

She warned people not to ignore the letter, saying HMRC would follow it up.

HMRC said in a statement that it regularly sent letters to taxpayers to “educate, remind or prompt them to review their tax affairs, particularly where we have information that suggests there are specific risks to the payment of tax owed”.

It added: “The letter raises awareness of a specific issue around tax compliance and gives the customer an opportunity to make sure they’re getting their tax right.” 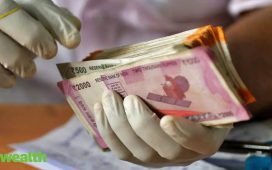 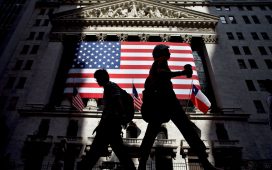 The wealthiest 10% of Americans own a record 89% of all U.S. stocks