For anybody who has their home on the market, the news from the Halifax that property prices fell in September would not have come as an earth-shattering surprise. Perhaps more of a shock is that the UK’s biggest mortgage lender is still reporting that prices are up on the year, albeit modestly. It certainly doesn’t feel that way.

The last time house-price inflation was as low as 1.1% was in 2013 and back then the government took swift action. Lenders received incentives to lend to those buying a home, while the help-to-buy scheme from the Treasury boosted demand by helping potential buyers get on the housing ladder.

When combined with ultra-low interest rates and the money-creation scheme known as quantitative easing, Whitehall subsidies were enough to turbo charge the market. Activity and prices both rose sharply. There are reports that the chancellor, Sajid Javid, is looking at new ways to revive a flat market, with a cut in stamp duty seen as the likeliest option.

Politically, this looks smart but it would actually be a big mistake. Objectively, the conditions are in place for a booming housing market. Unemployment is low, official interest rates are at 0.75% and lenders are offering all sorts of juicy deals to secure market share. The fact that this is still a buyers’ market means that prices are too high and need to come down. That, rather than the Brexit deadline, is why activity continues to be weak.

For twenty- and thirtysomethings still living at home with their parents, a prolonged period when wages are rising faster than house prices is entirely welcome because it makes property more affordable. If the government insists on intervening in the property market it should do so by increasing the supply of homes rather than by artificially boosting demand.

Much ado about pizza

To misquote Harold Wilson, a weekend is a long time in business. On Friday, reports surfaced that Pizza Express was in the early stages of talks to refinance its debts. By Monday, there were rumours that the company was fighting for its survival and customers were taking to Twitter expressing their horror at the notion that it might be going the way of Jamie Oliver’s Jamie’s Italian.

Hang on a minute, though. Yes, it’s true that business could be better for Pizza Express. Along with the rest of the casual dining sector, it is operating at a time when consumers are reluctant to flash the cash. Yes, it’s also true that it paid out the thick end of £100m in interest payments last year and has big debt repayments due in 2021 and 2022.

But debt piles and hefty interest payments are not exactly rare these days. Pizza Express was subject to a private equity buy out by a Chinese company Hony Capital in 2014, and the private equity model involves loading companies up with debt.

That’s not to say Pizza Express is trouble free. Its bonds would not be trading at below their issue price if everything was going swimmingly. Firms don’t hire expensive financial advisers just for the fun of it.

But Pizza Express has a solid business model that has lasted the test of time. That makes it different from Jamie’s Italian.

It’s politics before economics for Merkel

Do you really want to risk a no-deal Brexit at a time when your economy is in such poor shape? That, no doubt, would have been the message from Boris Johnson to Angela Merkel had the German chancellor been able to find a slot in her diary for a face-to-face meeting with the prime minister this week.

Recent data from Europe’s biggest economy has indeed been dire. The latest dollop of bad news – a 6.7% fall in factory orders – leaves Germany teetering on the brink of recession. This is not a good time for BMW, Siemens or Bosch and a no-deal Brexit will make matters worse.

Yet while Merkel is rightly worried about the economy, she is not worried enough to put pressure on fellow EU leaders to accept Johnson’s proposals as the basis of a deal. For now, politics matters more than economics. 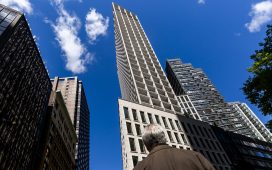 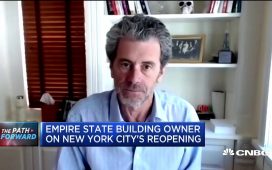 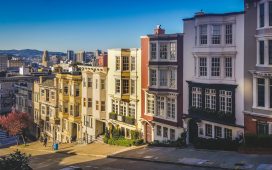 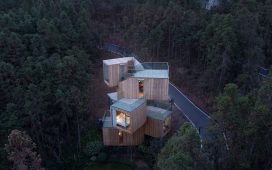 Edgy architecture: Building in the most impossible places