Japanese Toyota Jidosha KK, also known as Toyota Motor Corporation, is the parent corporation of the Toyota Group. In 2008, it surpassed General Motors to become the largest automaker in the world for the first time.

Many of its around 1,000 subsidiary businesses and affiliates are engaged in the manufacture of commercial and industrial vehicles, autos, and auto parts. Toyota City, an industrial city east of Nagoya, Japan, houses the company’s headquarters.

Toyota is undergoing a quiet revolution as it strives to replace its pragmatic but rather bland reputation with one of being a little more daring. It seeks to improve in areas such as automobile styling and enthusiastic leadership of cutting-edge technologies, such as hybrid systems.

From the three-row Highlander to the GR86 sports car, Toyota offers a broad selection of legendary-reliable automobiles. The Supra sports vehicle is without a doubt the most thrilling model offered by the firm; the rest of the portfolio is just practical.

People know the Tacoma for being a tough truck that isn’t afraid to get dirty, while the Camry is one of the best mid-size sedans one can buy. The Corolla is a fantastic option for individuals looking for affordable transportation, but the Prius hybrid is supreme when it comes to fuel efficiency.

All things considered, here’s why Toyota rules the automotive world with an iron-fist

The Rise Of Toyota’s Popularity And Fame

The company began as a spinoff of Toyota Industries, a machine manufacturer founded by Kiichiro’s father, Sakichi Toyoda. Both enterprises are now part of the Toyota Group, one of the world’s largest conglomerates.

While still a division of Toyota Industries, the firm produced its first product, the Type A engine, in 1934, and its first passenger automobile, the Toyota AA, in 1936.

Following World War II, Toyota benefited from Japan’s alliance with the United States to study American automakers and other businesses. This allowed Toyota to develop The Toyota Way and the Toyota Production System. This helped the small business grow into an industry leader and became the focus of numerous academic studies.

Toyota took advantage of a quickly rising Japanese economy in the 1960s to sell automobiles to a growing middle-class. This resulted in the production of the Toyota Corolla, which went on to become the world’s best-selling automobile.

The expanding economy also enabled Toyota to expand internationally. This allowed it to become one of the world’s largest automakers, the largest firm in Japan, and the ninth-largest company in the world by revenue by December 2020.

This Best-Selling Car Is What Keeps Toyota At The Top

A compact, straightforward, rear-wheel-drive (RWD), 2-door automobile with roughly 60 horsepower was debuted in 1969 by the Japanese firm that Toyoda created initially to manufacture automatic looms.

It was a bold decision because it had a 4-speed manual transmission at a period when 3-speeds were the norm. Toyota feared that customers could assume that an automobile that required a fourth gear to move about must not be that good.

The gamble paid off. In 1997, it became the best-selling automobile in history and has never been surpassed. Some purists could object that the Corolla has gone through 12 iterations in that time, but the Volkswagen Beetle has sold 21 million units without altering its design.

No one can deny that the Corolla nameplate has featured on more vehicles than any other. To put a figure on it, Toyota has managed to sell over 50 million Corollas as of 2022 in variations of RWD and front-wheel drive. The Corolla has been produced in 14 nations and offered for sale on at least six continents. As a result, the Corolla of today is famed for the dependability that comes from being the most-produced automobile in history.

RELATED: Here’s Why Toyota Needs To Bring Back The Tacoma X-Runner

What Toyota Has In Store For The Future

About 20 years have passed since the Toyota Prius first delighted the automotive industry. The vehicle was a hybrid, not an EV. Future Toyota plans include several electric and hybrid automobiles. However, Toyota continues to deal with the drawback of electric automobiles.

Automobile makers anticipate a significant shift in the next decade. And Toyota is considering hybrid, plug-in hybrid, and pure electric automobiles. These pros are never afraid to experiment with car design and performance. That is how Toyota became the world’s largest automaker.

The market for electric and hybrid vehicles is expanding significantly. People are currently using self-driving cars on public roads. That is a crude illustration of what automakers must do to keep up with modern technology.

The automobile’s internal computer system is what’s required right now. And the automobile sectors are currently competing for innovations to maintain the market share. The modern era is a period of change. And for that, Toyota is fighting.

In collaboration with Subaru, the company is now developing customized electric automobiles cementing its commitment to producing electric vehicles. One thing’s for sure, Toyota’s future ambitions will contribute to increased global sales. 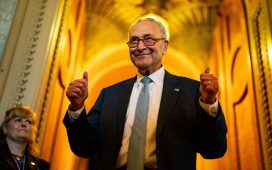 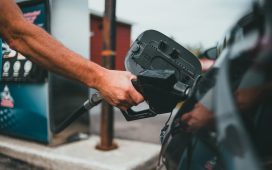 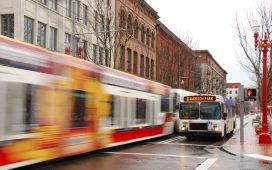 Intersections + Identities: A Radical Rethinking of our Transportation Experiences – Planetizen 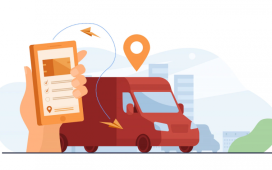 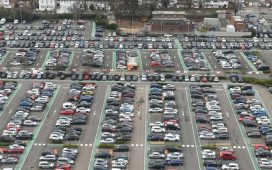