“We’ve seen for the 20th anniversary of 9/11, we see for every anniversary, a spate of 9/11 related propaganda by terrorists entities. In this case, it has been louder, more persistent and better organized. It has been infused with a call to action,” Miller said, highlighting the recent suicide bombing in Afghanistan as an example, in addition to the latest edition of Inspire Magazine which he says was released in June. 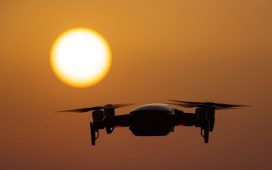