Ocado is being sued by a Norwegian company amid allegations the online supermarket ‘unlawfully’ breached a patent for its warehouse technology.

The food logistics and delivery tech firm is being sued in Britain and the US by Norway-based AutoStore in a legal wrangle which could trigger financial damages running into millions of pounds being forked out if the claim is proven.

In a statement, Ocado said it had not received any court documentation in respect of the matter, adding that ‘this is the first we have heard of this new claim.’ 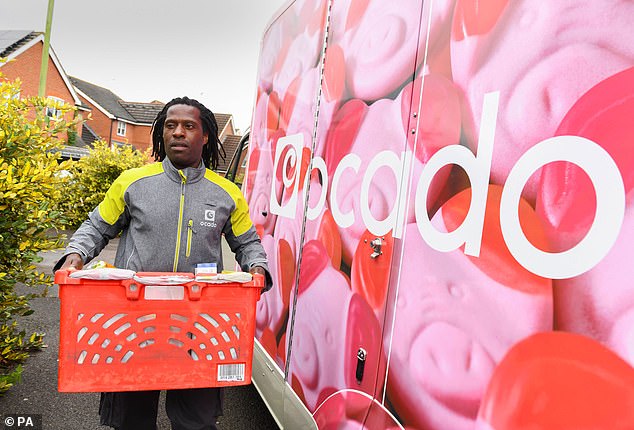 Legal action: Ocado is being sued in Britain and the US by Norway-based AutoStore

The legal saga emerged as Ocado overtook Tesco as the country’s most valuable grocery retailer on the UK stock market for the first time this week.

Ocado, which was once described by ex-Tesco boss Terry Leahy as a ‘charity’ case owing to its hefty losses, was worth around £21.7billion against Tesco’s £21.1billion valuation at the close of play on Tuesday. The company’s share of the grocery market comes in at around 1.7 per cent at present.

Karl Johan Lier, chief executive and president of AutoStore, said: ‘Since 1996, AutoStore has developed and pioneered technology that has revolutionised retail storage and order fulfilment, and is driving the growth of online retail.

‘Our ownership of the technology at the heart of Ocado’s warehousing system is clear.

‘We will not tolerate Ocado’s continued infringement of our intellectual property rights in its effort to boost its growth and attempt to transform itself into a global technology company.’

AutoStore claims Ocado must stop selling its technology and pay damages, according to court documents filed in the US and UK.

In its US legal filing, AutoStore points out that Ocado’s deal with US retailer Kruger to install its robotic smart platforms across 20 warehouses, saw Ocado bank £42.6million per site.

AutoStore confirmed it was seeking an order barring Ocado and its partner Tharsus Group from manufacturing and selling ‘infringing products and importing them’ into the US.

The filing in the High Court in London is calling on the courts to block sales of Ocado’s products from Britain as well.

Ocado told This is Money in a statement: ‘Ocado Group plc (‘Ocado’) notes the press release from Autostore today.

‘Ocado confirms it has not received any papers in relation to these claims and this is the first we have heard of this new claim.

‘We are not aware of any infringement of any valid Autostore rights and of course we will investigate any claims once we receive further details.

‘We have multiple patents protecting the use of our systems in grocery and we are investigating whether Autostore has, or intends to infringe those patents. We will always vigorously protect our intellectual property.’

AutoStore boss Lier said that his company’s warehouse system operates with storage bins stacked vertically in a grid and stored in a cubic structure, with the bins retrieved by robots that travel on the top of the structure.

Around 500 installations and 18,000 robots across 30 countries are used by firms including UK supermarket Asda, US retailer Best Buy and German airline Lufthansa.

AutoStore added: ‘Ocado’s infringement of AutoStore’s AS/RS intellectual property – including the storage system and robots – is the foundation on which the ‘Ocado Smart Platform’ (OSP) was built and on which Ocado’s business today is based.’

Several alleged infringements also include the ‘central cavity design’ of the robots, the arrangement of the lifting mechanism and their in-wheel motors.

A court in Norway has already found that AutoStore is entitled to ownership of its patents covering the robots’ central cavity technology, it added.

Ocado’s technology has been sold around the world, with Marks and Spencer and Morrisons buying up services in Britain.

Prior to selling its tech services, Ocado struggled to turn a profit due to wafer-thin margins of only a few percent on its home delivery business.

Founder Tim Steiner insisted he would continue looking for outside investors to buy the technology, with the Kruger deal marking a turning point, eventually catapulting the firm into the FTSE 100.

The unprofitable grocery division was eventually bought by M&S and turned into a 50/50 joint venture, which offered online food delivery last month for the first time. 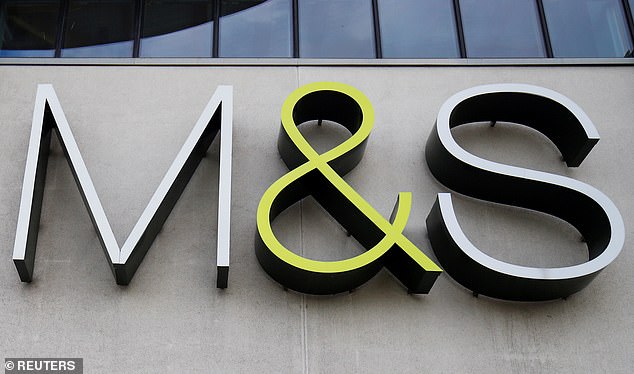 New deal: M&S food is now on sale via Ocado after a tie-up with Waitrose ended

We reveal the most and least reliable used SUVs