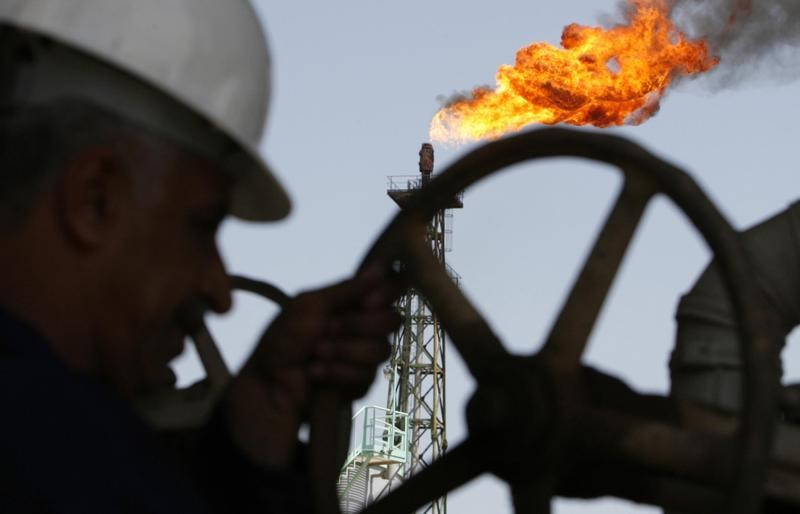 Investing.com – Move aside, OPEC, it’s back to U.S. crude stockpiles for now.

Oil prices traded up as much as 1% on Tuesday before retreating by the close on worries that U.S. crude inventories may have risen by more than 3 million barrels last week. Concerns about global economic fallout from the festering U.S.-China trade war also weighed on the market after Monday’s brief optimism over extended OPEC production cuts.

“The (Reuters) consensus is that we may have had a 3.2-million-barrel build in U.S. crude last week, and that’s more relevant to immediate market sentiment than any cut that OPEC plans to do over the longer run,” said John Kilduff, founding partner at New York energy hedge fund Again Capital.

At 4:30 PM (20:30 GMT), the will issue a snapshot on what the Energy Information Administration will likely report on Wednesday for oil supply-demand for the week ended May 17.

If stockpiles did rise by more than 3 million barrels last week, it would be the second week in a row for such a substantial growth after the previous week’s rise of nearly 5.5 million barrels.

“The recent trend of builds in the U.S. … are counter-seasonal and (inventories) need to start drawing or people may fear that production in the U.S. is just exploding higher,” Scott Shelton, energy futures broker at ICAP (LON:) in Durham, N.C. said, referring to the upcoming peak U.S. summer driving season where gasoline processing is usually at its highest.

The growth in U.S. onshore production from the first quarter through the fourth quarter could come in at around 1.1-1.2 million barrels per day (bpd), or 16% for the full year, according to Rystad Energy, a consulting firm in Oslo, Norway.

Kilduff said one reason for the large crude builds at this time of year could be that refining margins were weaker than year-ago levels.

“It’s understandable that refiners may want to wait for better margins to ramp up gasoline making,” he said. “In that process, if they allow crude stocks to start building, it’s only going to weaken the flat price of crude and further weigh on refining margins.”

Retail gasoline prices have moderated since peaking in the first week of May, according to the American Automobile Association’s Daily Fuel Gauge report. The national average price for gasoline was $2.845 a gallon on Tuesday, off slightly from Monday and down five cents a gallon from its peak $2.895 average on May 6. The retail price is still up 25.6% this year.

Oil prices have been volatile since Monday on mixed messaging by two of the world’s biggest crude exporters. OPEC’s dominant member Saudi Arabia vowed to maintain its squeeze on production through the end of the year. But the kingdom’s main partner in the extended OPEC+ alliance, Russia, suggested that it would base its output on market conditions, meaning it could relax cuts especially if demand slackened.

Six months of disciplined output cuts by OPEC+ as rising U.S.-Iran and Iran-Saudi tensions of late have shored up oil prices by nearly 40% this year. But the U.S.-China trade war, which is dragging everything from agriculture to technology into it and could hasten the world’s slide into recession, is raising questions about demand.

Why is Instacart making its contract workers risk their health to do their job? | Sarah Polito

How the small town of Roundup, Montana, became a prominent place for 'prep centers,' and an important part of Amazon's supply chain

2.43 lakh apprentices to get stipend during lockdown period, assures MSDE

Elevate for Startups: Tuesday is the last date to apply

Wm Morrison: alliteration for the nation