The coastal country recently held their Malta Blockchain Awards where OKEx walked away with the Crypto Exchange of the Year honor.

When it comes to the cryptocurrency industry, some countries are just better at embracing it than others. The self-described “blockchain island” itself, Malta, is one such example. While previously known for its picturesque vistas and breathtaking beaches, the country is now making waves as being a key player in industry adoption.

Authorities from the island nation have been very vocal about the importance of embracing both blockchain and virtual currencies and also want to share their knowledge and policy-making skills with other countries. It seems as if the nation also wants to give credit where its due, which is where its Malta Blockchain Awards come in.

According to a Medium post, the awards, which were held on the 31st of October, were part of Malta Blockchain Week. The seven-day event was an opportunity for professionals and enthusiasts to network and learn more about the industry. The awards were a way to highlight the work of certain platforms that work with Malta. In addition, all proceeds will be going to charitable causes.

It’s a Win for OKEx

One of the honors was the Crypto Exchange of the Year 2018 award, which was presented to the OKEx exchange. Like many well-known platforms, OKEx expanded their operations to Malta, and the exchange continues to have an open relationship with authorities when it comes to revolutionizing the industry.

At OKEx, we have this motto, ‘It’s OK to be daring’. So, what does it mean to be daring? For us, to be daring is to be a leader, to be bold, and to be courageous, and to move forward in the wake of uncertainty, and these are the same exact traits we saw in Malta. So, we are very excited to be part of this initiative in Malta. On behalf of my team here, in Malta, and on behalf of the entire OKEx company, thank you for the award.

Always on the Road to Improvement

However, this doesn’t mean that the exchange will rest on their laurels while basking in the light of their award. Its Head of Operations, Andy Cheung, discussed the importance of continually striving for excellence and improvement, saying:

These awards are particularly gratifying as they reflect a vote of confidence from industry leaders, who recognize our ongoing efforts. Like we said, we dare to innovate and will keep pushing the limits of what is possible. Receiving this honor is truly a testament to our unrelenting effort in making changes in the crypto and blockchain industry. We never stop innovating to create the best user experience, to build a robust ecosystem, to improve the crypto industry, and above all, to revolutionize our world with blockchain technology. As a leader, continuing to improve the ecosystem is not only our promise, it is also our responsibility.

The island nation has also recently welcomed another cryptocurrency exchange onto its sandy shores. Zebpay was forced to close up shop in India but has subsequently found a warm welcome in Malta.

Are you a user of OKEx? Do you think that they deserve the award? Let us know in the comments below!

Images courtesy of Pixabay and Shutterstock 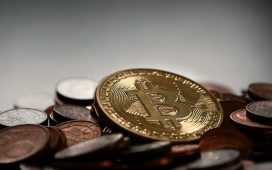 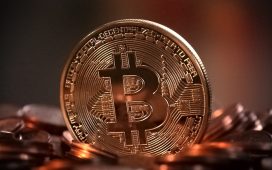 Crypto primer: Here’s what you need to know before investing in bitcoin – WRAL Tech Wire