Sir Mo Farah is suing a vaping company that he alleges used a lookalike and the name Mo to advertise its products, The Mail on Sunday can reveal.

The Olympian, 36, is seeking compensation from Diamond Mist and Exterion Media, the advertising group involved in the marketing campaign.

The athlete, who became a household name during the London 2012 Olympics, first noticed in March that a man resembling him and named Mo was promoting a menthol vaping product on the side of a London bus. 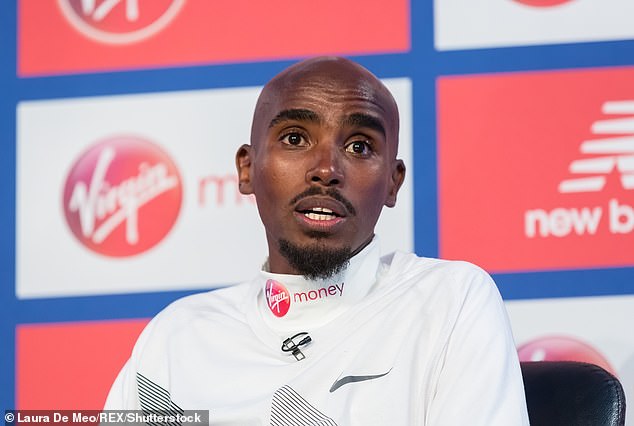 He last week launched an intellectual property claim over the advert, which stated ‘Mo’s mad for menthol’ and featured an image of a man’s upper face.

Andy Lee, a partner at law firm Brandsmiths, which is representing Farah, said: ‘The bus advert would lead a substantial number of the public to believe (wrongly) that Mo has endorsed the vaping product.

‘That amounts to a misrepresentation which causes damage to Mo’s reputation and commercial interests.’ 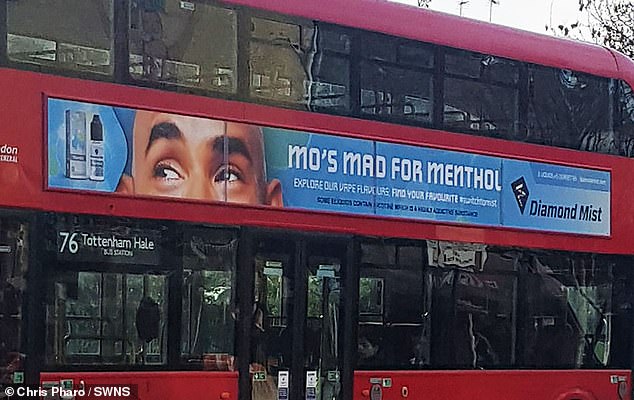 In a Facebook post in March, Diamond Mist said the ‘Mo’s mad for menthol’ slogan was one of five adverts promoting different e-liquid flavours alongside ‘extremely common’ first names. Another read: ‘Claire’s crazy for cola.’

It said: ‘The aim of the campaign [was] to feature a diverse range of people to reflect the diversity of London and the wide range of people who use our products. At no point was there any intention to associate [our] Menthol product with Sir Mo Farah.’

It added in March that the original image of its ‘Mo’ model bore ‘no resemblance to Sir Mo Farah’.

Marex set to to list on London stock market