OnePlus 6T and OnePlus 6 have started receiving the OxygenOS 10.3.4 update. One of the major changes that the update brings to the table is the new May 2020 Android security patch. Apart from that, the update on both phones brings improved system stability and general bug fixes.

As for the Indian OnePlus 6 and 6T units, the users are also receiving a new notification setting that allows them to “prioritise notifications and allocate time wisely” in order to achieve work-life balance. This update has come at the right time as people are now working from home due to the ongoing COVID-19 pandemic.

The new update also upgrades the OnePlus launcher to version 4.1.6.

OnePlus 6 and OnePlus 6T users should expect the update soon. Once the update is available, they will receive a notification informing them about the availability of a new update. While the company has already started rolling out the update, it might take some time before it reaches the masses. One can also check for available updates manually by heading over to Settings > System > System updates.

Notably, the company has warned users that using VPN cannot download this build. The new system update is based on regions and is randomly pushed out to a limited number of devices. 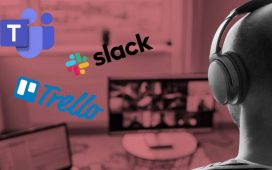