I’ll admit our local car-loving teenager, phone in hand, Instagram on meltdown, heart set to burst through his chest as I opened the door to let him sit inside, was the only one to spot the Track Pack additions, but you’ll get my point. Not so long ago, people didn’t know a McLaren supercar at first glance; now they know both its model name and purpose. The conclusion can only be that things are really starting to gel, both in terms of design and recognition.

I’ll admit to being semi-surprised, because until I got up close with the car, I hadn’t fully appreciated how distinctive the 720S was and how much, through a sum of small changes, it had moved McLaren’s offering on. Maybe I’d been distracted by the relentless focus on technical improvement, but I hadn’t appreciated just how much of a look the car has.

The second part of this equation was that people were suddenly lusting after a McLaren, to a level I’d not previously appreciated existed. Now, maybe, just maybe, that eye-searing orange paint scheme had something to do with it, although the love/hate split was somewhere around 75/25%.

I’ll always remember some of the management at McLaren in the early days lauding their creations for being “for thinking supercar buyers”, the inference being that because the buyer had the confidence to know they’d made the big time, and the wisdom to spend this hard-earned cash in Woking, they didn’t need to shout about it. Nothing about this McLaren 720S met that brief – and, frankly, I think that’s a good thing. 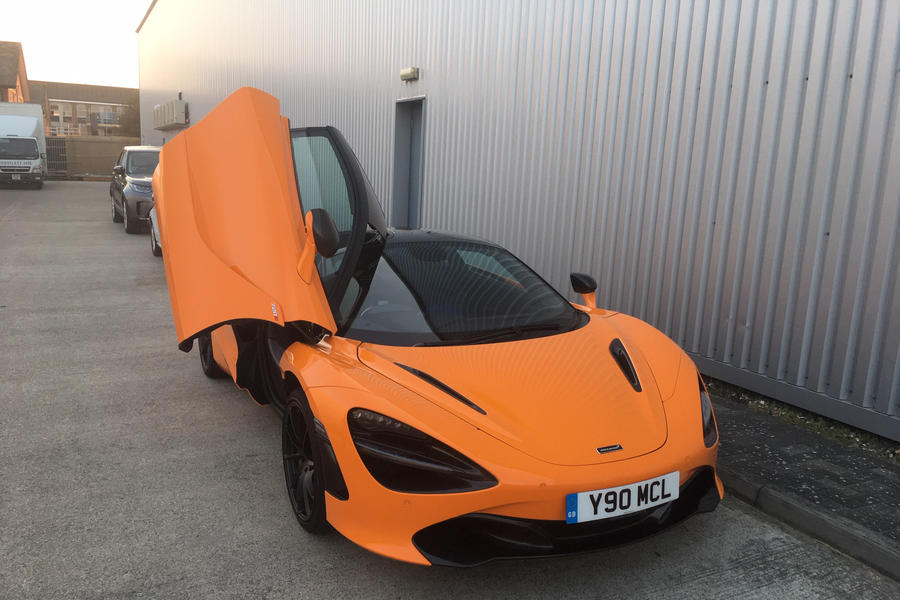 The truth is, you can have your McLaren almost any way you want it, such are the talents of the firm’s bespoke MSO team. If you want discreet, they can build it. If you want bright orange, with orange stitching and your initials on the seats, they’ll do that too. Why shouldn’t flamboyant extroverts buy McLarens too? And if that helps showcase their creations to impressionable teenagers or catch the eye of grown-ups, why not again?

The real shocker, though, was the Ferrari conundrum. The people I met voted in favour of McLaren, even when I teased them and asked if they were absolutely sure that’s the way they’d spend their money if they could afford just one supercar. Maybe it was representative, maybe it wasn’t (I’ve few doubts the comments section below might help with further insight), but it was what people were saying when confronted with the car. Again, it felt like a shift in the supercar hierarchy was unfolding before me, although a glance at Ferrari’s annual sales suggest they, too, are doing just fine, thank you.

The conclusion: McLaren, so long a maker of five-star cars, according to our road tests, is now adding lustre to its technical and sales prowess. By any measure, McLaren Automotive’s rise from dormancy in 2010 to today’s success story has been meteoric, but on this evidence there is also still plenty more to come in its story.

James Ruppert: How to net a modern classic

Tucson Department of Transportation adds ‘Mobility’ to its name – KGUN

JioFiber registration: How to get JioFiber at home or work

Are the Audi TT’s Days Numbered?