Oumuamua: Asteroid that flew past Earth could have been a spacecraft sailing past us, Harvard scientists suggest

The mysterious rock that flew past Earth could actually have been an alien spacecraft sailing past us using light, according to a new paper.

When Oumuamua flew past Earth, scientists rushed to learn about it: it was the first known object ever to have made it into our solar system from another. But as they scrambled to research it, the rock made its way out of the other side of our solar system, giving researchers only a glimpse to make the most of.

In that short time, astronomers established that the object was moving strangely. It was spinning very quickly as it flew through the solar system, and seemed to speed up rather than slow down as it goes.

Now a new paper suggests that could be because the object is acting as a “light sail”, gliding through space and using the sun as its energy source. If so, that might have happened by accident – or the object might in fact be a spacecraft made by an alien race, they said.

The object might be “a fully operational probe sent intentionally to Earth vicinity by an alien civilisation”, the researchers write.

It is not the first time that astronomers have suggested the rock could potentially be an alien spacecraft. Soon after it was discovered, researchers with the Breakthrough Listen project announced they would be monitoring it and seeing if it was sending out radio signals.

The new study, written by Shmuel Bialy and Abraham Loeb, looks at the way that solar radiation could be used to power the object as it flies through space. They calculate that it would have to be very thin but very wide – and that such a shape would be possible.

If they are right that the object is being propelled by radiation pressure from the sun, then it will be a breakthrough even if it is entirely natural. Such an object would be of a kind never before seen, most likely formed by an entirely unknown process happening deep in space.

But it might in fact be artificial in origin, they write. “One possibility is that ‘Oumuamua is a lightsail, floating in interstellar space as a debris from an advanced technological equipment”, the authors claim, and it might be unused debris that has been thrown out into space from a planetary system.

Such an explanation would account for the various strange characteristics of Oumuamua, including the unusual shape it seems to have.

Scientists on Earth have already looked to develop that kind of technology, which would be used to make tiny spacecraft that could be shot through space at intense speed and be pushed only by light. It might already have been developed elsewhere, they write, and could be used for transporting cargo between planets or even between stars.

But even more strange is a theory that the rock could have been sent here on purpose. “Alternatively, a more exotic scenario is that ‘Oumuamua may be a fully operational probe sent intentionally to Earth vicinity by an alien civilization,” they write.

Oumuamua is now too far away from Earth for scientists to understand any more about it. But more could be found by looking into the solar system for more objects of this type, the authors say – which could happen more in coming years, as new ways of surveying the sky are turned on. 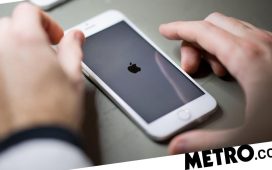