NEW DELHI: The commerce ministry on Saturday said over 100 stakeholder consultations have been held on the mega free trade agreement RCEP in the last 6 years.

The Regional Comprehensive Economic Partnership (RCEP) is a proposed free trade agreement being negotiated by 16 countries.

“More than 100 stakeholders’ consultations have been held by the Department of Commerce and other lead ministries and departments seeking industry inputs for formulating India’s interests, covering a wide spectrum of the economy including agri, chemicals, petrochemicals, pharma, plastics, textiles, metals, auto and machinery,” it said in a statement.

The Department of Commerce also received industry feedback in the area of rules of origin, Sanitary and Phytosanitary (SPS) and Technical Barriers to Trade (TBT), anti-dumping, countervailing duties, safeguards measures and Intellectual Property Rights as well, it said.

Recognising the importance of states, the commerce secretary have led delegations to various states and held regular engagements with Chief Secretaries and officials on the various aspects of RCEP to make them aware of the developments.

In the various working groups/ sub-working groups, senior representatives of other departments have been leading the negotiations such as Revenue, Central Board for Indirect Taxes and Customs, Economic Affairs, Ministry of Electronics and Information Technology, Financial Services, and Telecommunication.

RCEP negotiations began in November 2012, in Cambodia. The meetings are held at various levels – Prime Minster of India participates in the RCEP Summits, while Commerce and Industry Minister leads the Indian delegation at the RCEP Ministerial Meetings, it said.

Besides, the commerce ministry has entrusted three autonomous think tanks — Indian Council for Research on International Economic Relations (ICRIER), IIM Bangalore and Centre for Regional Trade (CRT), New Delhi for making independent studies on RCEP with exhaustive consultations with stakeholders across the country.

In 2017, prospective RCEP member states accounted for a population of 3.4 billion with a Gross Domestic Product (at PPP) of USD 49.5 trillion, about 39 per cent of the world’s GDP, with the combined GDPs of India and China making up more than half that amount, it added.

“RCEP is the world’s largest economic bloc, covering nearly half of the global economy and is estimated that by 2050 the GDP of RCEP member states is likely to amount to nearly USD 250 trillion with the combined GDPs of India and China making up more than 75 per cent of the amount,” it said. 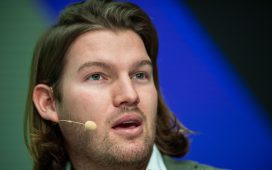