Oyo to make room in US with $300m investment

New Delhi: Oyo Hotels & Homes will invest $300 million (Rs 2,087 crore) over the next few years in the US, the SoftBank-backed hospitality chain announced on Wednesday, signalling its intent to expand its presence in the world’s largest market.

This will also be one of the largest commitments to a particular geography by the six-year-old company, which had earlier stated that it plans to invest $600 million in China and an additional $200 million in India.

It refers to the two as its twin home markets. In an official statement, the company stated that the investment in the US will be primarily used to double down on growth in the region, talent acquisition, competency building and infrastructure development.

On Wednesday, the Ritesh Agarwal-led company announced that it currently operates more than 50 properties in 35 cities spread across 10 states in the US. They includes Dallas, Houston, Augusta, Atlanta and Miami. The news of Oyo’s investment commitment to the US market was first broken by Bloomberg. 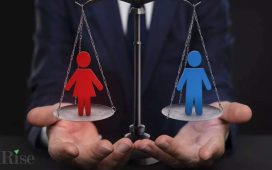