The weekly trading volume of Bitcoin (BTC) against the Indian rupee has spiked substantially on Paxful. It is currently sitting at an all-time high.

Interest in Bitcoin seems to be on an uptrend in India as trading volumes spike to levels never seen before.

Peer-to-peer Bitcoin trading platform Paxful recently recorded a record for BTC/INR. This past week, 53M INR was traded against BTC on the platform. The spike is a culmination of a clear uptrend since the beginning of this year — but has substantially accelerated in the past week or so.

The trading volume on Paxful is still significantly less than LocalBitcoins, however. Last week, around 83M INR was traded on LocalBitcoins compared to 53M INR on Paxful. 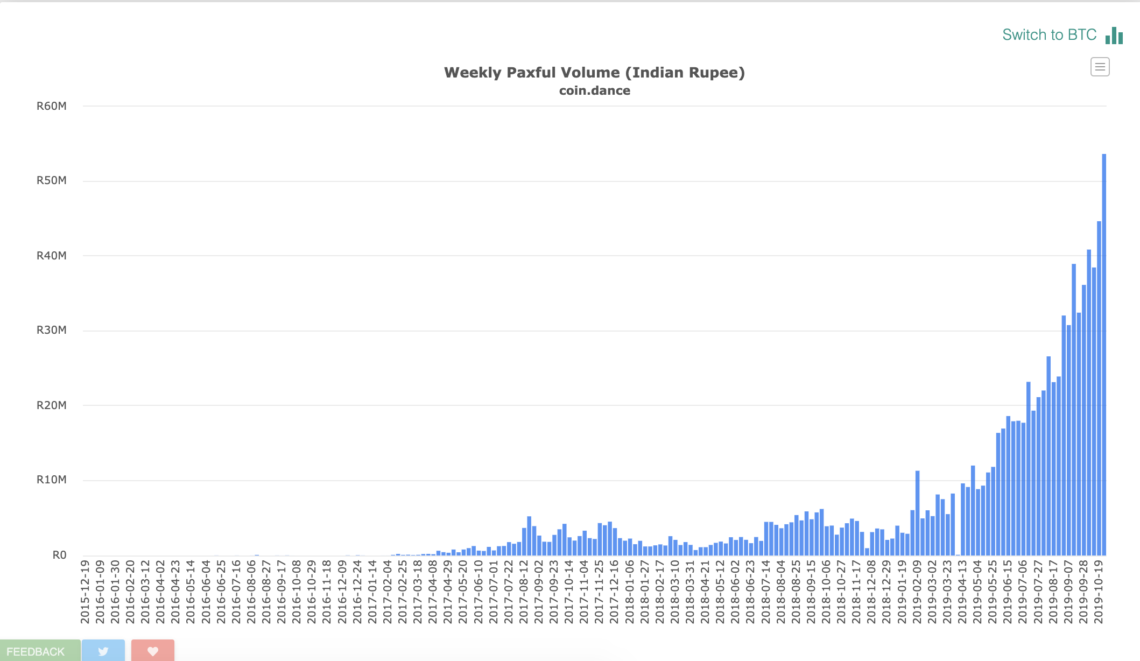 Still, the explosion of volume on Paxful is an indicator that something may be brewing in the background. It is a clear sign that over-the-counter trades are becoming more common in India — possibly due to the government’s hostility towards cryptocurrencies.

Investors might also be buying Bitcoin in anticipation of a possible resurgence of blockchain interest in the country spurred by Chinese competition. As BeInCrypto reported a few days ago, President Xi recently made blockchain a key focus of the state’s future plans. Since China is now considering blockchain as a ‘core component’ of its future digital infrastructure, India will surely take notice. 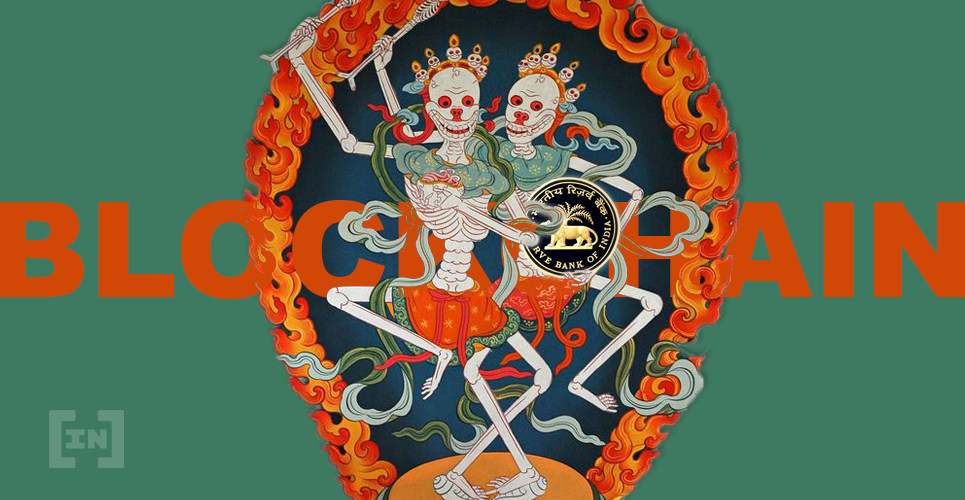 It is quickly becoming clear that we are in the middle of a ‘blockchain arms race’ of sorts and the first country to implement this digital technology will possess a major advantage. India would be smart to respond to these developments — and, judging from the spike in Bitcoin volume in the country, some Indian investors paying attention.

It remains to be seen whether or not the peer-to-peer Bitcoin trading volume will continue to pick up in India.

No Tax for You: Why Crypto Traders and Miners Might Head to Portugal – Cointelegraph

Ethereum Price Analysis: ETH Price goes Down by 7%, to $128 – Coinpedia

How Much Does Cryptocurrency Exchange Development Cost? – Communal News