LAHORE: In a major relief to Pakistan‘s ailing former prime minister Nawaz Sharif, a court on Saturday allowed him to travel abroad for four weeks and ordered the Imran Khan government to remove his name from the Exit Control List without any conditions.

The Lahore High Court, in its order seen as a setback to the government, also said that the duration could be extended upon doctors’ recommendation, Dawn news reported.

Sharif, 69, is suffering from multiple health complications, including erratic platelet count, and is currently being treated at his residence near Lahore where an ICU has been set up.

The former prime minister on Thursday filed a petition in the Lahore High Court seeking an order to the government to remove his name from the no-fly list or the Exit Control List (ECL).

Following the hearing, the LHC’s two-judge bench comprising Justice Ali Baqar Najafi and Justice Sardar Ahmad Naeem ordered the government to remove Sharif’s name from the ECL for four weeks for medical treatment without any conditions. 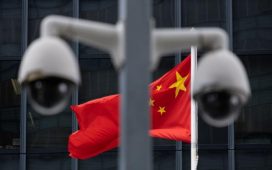