It’s been labeled “oddly shaped,” “potentially hazardous” and “massive” — and the asteroid is set to pass by Earth this weekend.

The “binary near-Earth asteroid” 1999 KW4 doesn’t look like a normal asteroid: It’s actually a system with two space rocks: One measuring about one-third of a mile across that orbits a larger asteroid like a moon. The larger astroid measures about a mile across.

The National Aeronautics and Space Administration says the system is projected to pass within about 3 million miles of Earth on Saturday, but there’s no danger predicted. In fact, you’ll likely need a telescope to see 1999 KW4, EarthSky says.

For perspective, 3 million miles is more than ten times greater than the distance between Earth and the moon.

The Las Cumbres Observatory describes the shape as “complex”: “It is slightly squashed at the poles and with a mountain ridge around the equator, which runs all the way around the asteroid.”

The secondary space rock, called “Beta,” rotates the primary one at a distance of about 1.6 miles, the Observatory says. Beta can be described as a “rubble pile.”

NASA and the European Space Agency have announced plans to study and observe 1999 KW4. 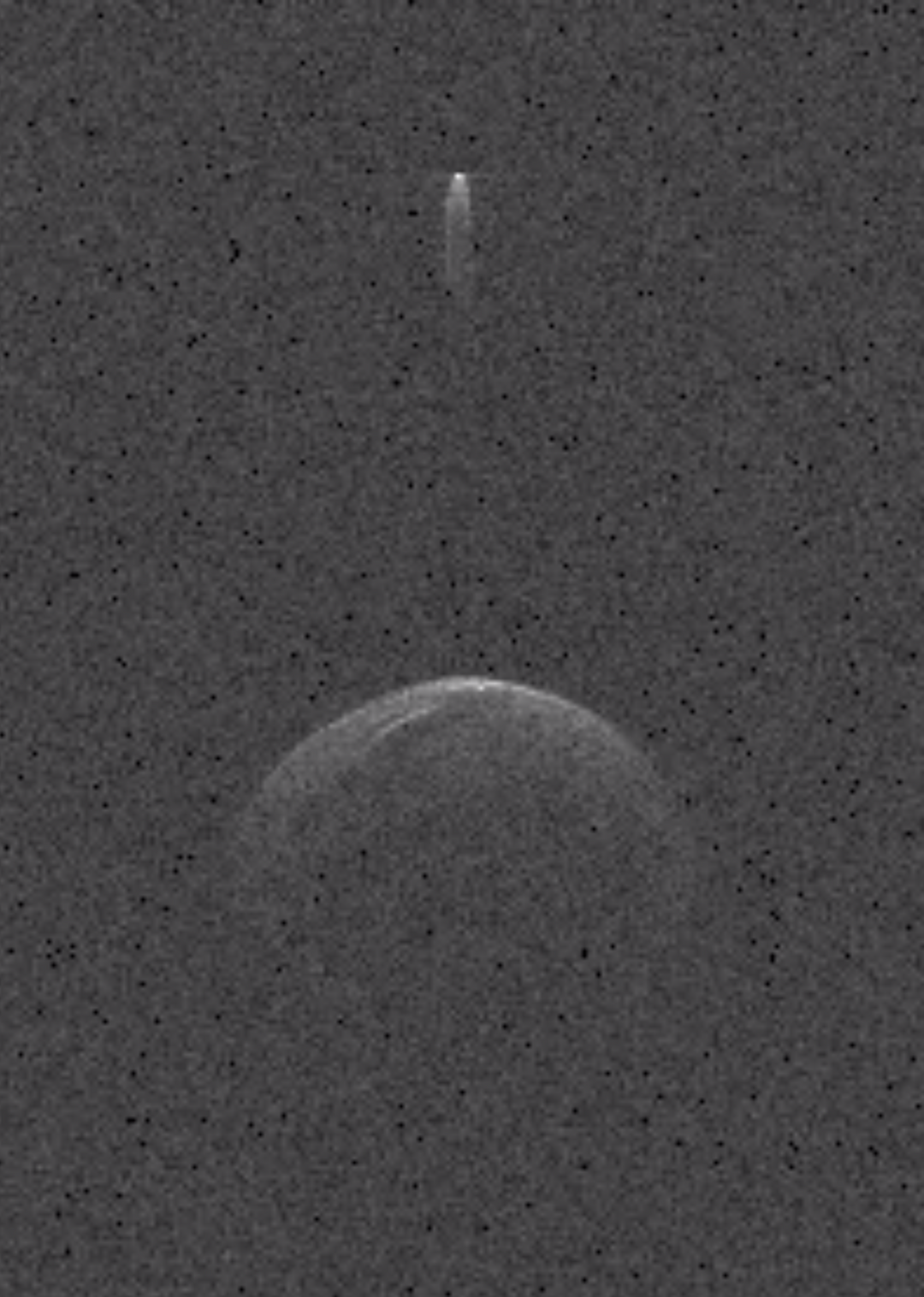 The Las Cumbres Observatory says researchers hope to learn more about the rotational period of Alpha. Current estimates say it may rotate as quickly as once every 2.76 hours, while others estimate the rotation takes more than 9 hours.

Mysterious repeating deep space signals may have been produced by aliens, astronomer says

Mysterious repeating deep space signals may have been produced by aliens, astronomer says

James Ruppert: Looking for a Brexit bargain? Take a trip across the Irish sea...