Pension superfund chief vows to press ahead despite BoE concerns


The head of one of a controversial new breed of UK pension schemes has vowed to push ahead with his plans despite the Bank of England’s reservations over the idea.

Private equity-backed pension superfunds, which plan to collect and run together corporate defined-benefit schemes, are likely to be a cheaper option for companies that want to offload their schemes than the alternative of using an insurance company.

Earlier this month, the Pensions Regulator produced a 26-page set of interim rules for superfunds ahead of legislation to create a permanent regulatory structure.

Insurers are governed by the EU’s strict Solvency II rules, which require them to hold more capital to pay the pension promises than superfunds would need.

The Bank of England raised concerns over superfunds in a paper last year, which warned of the risk of “regulatory arbitrage” between superfunds and insurers. “There is a risk that more pensioners may not have the chance of greater security enjoyed by those with annuities, backed by insurance regulation,” the central bank said.

A person close to the Bank said its views had not changed since then.

Luke Webster, chief executive of The Pension SuperFund, told the Financial Times he would proceed with deals as soon as he had approval from The Pensions Regulator, regardless of the Bank of England’s doubts.

“There is a colossal opportunity to manage the problem of all of these liabilities in a more effective way,” he said. “Just because another regime and another opportunity set exists, doesn’t mean we shouldn’t do this. There is no logical basis to opposing superfunds proceeding in the way that is set out.”

Mr Webster and The Pension SuperFund’s founder Edi Truell — a former adviser to Boris Johnson — argue that many schemes cannot afford a deal with an insurer and that their members would be much better off in a superfund than they would be staying attached to a financially troubled company.

The Pensions Regulator said it was “fully alive” to the risks presented by existing superfunds operating under the proposed regulation. “Protections for savers are needed now,” it said.

“This is why we have set a high bar for how they must show they are well-governed, run by fit and proper people and are backed by adequate capital.”

Insurance companies strongly oppose superfunds, complaining that they would compete for the same business with lighter regulation.

Tracy Blackwell, chief executive of Pension Insurance Corporation, said: “It’s clear that there are major concerns with the concept of for-profit pension superfunds operating within the not-for-profit pension regulatory framework.

“The way the interim regime has been constructed means that the level of security of members’ benefits within superfunds falls well short of the levels insurers operating within the Solvency II regulatory framework are expected to provide.” 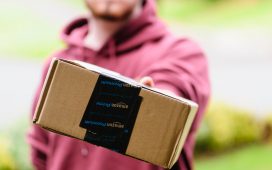