Pension trustees are holding back from investing in so-called illiquid assets that could boost retirement returns — due to fears members may be hit by non-transparent valuations or see cash trapped.

The government is pushing trustees of some of the country’s biggest workplace pension plans to invest more widely in assets such as infrastructure schemes, which are often seen as illiquid because they cannot be easily traded like stocks and shares.

Many defined contribution pension funds are dominated by default fund strategies that are heavily weighted to listed equities and fixed-income assets, with some use of cash and other asset classes.

Default funds aim to provide a good investment solution for DC members who are not making their own investment choices: they usually invest in growth assets when the members are younger, with a gradual move towards lower-risk assets as they grow older.

The government believes that wider investment by DC funds in illiquid assets, including real estate, infrastructure or private market holdings such as private equity, could help the UK “build back better” as well as deliver good returns.

Members would have their money tied up in long-term investments that are less volatile than stock market plans and deliver steadier income streams.

However, a shift to an illiquid portfolio would have an impact for members in several ways that need to be addressed, say experts.

LCP, an actuarial firm, said a chief concern for trustees was ensuring that members received a fair value for their funds when assets might not be priced on a daily basis, because they are illiquid.

Currently, most, if not all assets, are invested in daily priced, unitised funds, which are highly liquid, meaning the member gets accurate quotes of their fund if they wish to transfer their fund.

“At the moment we live in a daily dealing world so members have a daily valuation and they can access their pot at any particular point,” said Laura Myers, partner with LCP.

“If we move to an illiquid world, where we have monthly or quarterly valuations, what this actually means is that you have monthly priced assets on the members.” Myers said this could create “winners and losers” if an investor was to transfer out their fund, just ahead of a revaluation of an illiquid asset, which led to a big boost, or downgrading, of fund values.

“Trustees have to get comfortable that they are invested in illiquids for the benefit of members overall, but there is a wider point about fairness here,” she said.

“Our view is that trustees need explicit confirmation from the Department for Work and Pensions and the Pensions Regulator that, for example, monthly pricing rather than daily pricing is acceptable.”

The Pensions and Lifetime Savings Association, a trade body for workplace pension plans, has also raised concerns about savers’ cash being tied up in long-term assets, particularly in the wake of the Neil Woodford scandal, where 300,000 investors could not move their cash for more than a year after the former star manager gated his flagship fund.

“There are questions about making sure investors have appropriate exits from funds ,” said Joe Dabrowski, deputy director of policy with the PLSA. “People are now very conscious of exit issues.”

The Department for Work and Pensions is now considering responses to a recent consultation on proposals to require trustees to consider illiquid assets more closely.

“We will carefully review all consultation responses, including around valuations, and respond formally in due course. Alongside this, we continue to engage regularly with industry and other stakeholders, taking into account all feedback we receive.” 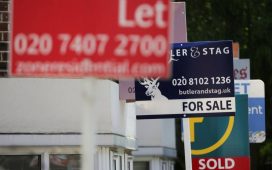 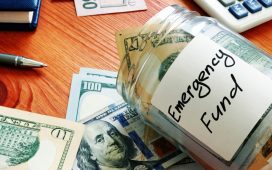 Here’s how much cash you need to ride out a recession at different life stages, according to financial advisors 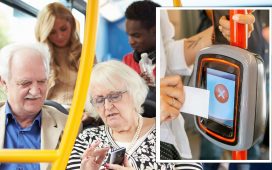 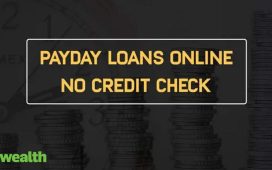