I spent most of it dealing with a 20-year build-up of boring but probably important admin (I didn’t change energy supplier, but I did discover the passwords to my children’s Junior Isas).

Last week, I gave myself a partial reward in the form of a family ski trip — one which has transitioned me neatly back to the subjects I think about for you.

On several ski lifts I sat next to a firefighter. Really nice woman, but meeting her stirred unattractive feelings of resentment in me.

She was younger than I am, but while I feel mid-career, she was already planning her public sector defined benefit pension financed retirement. She’s thinking of the lump sum. The regular inflation-adjusted income for ever. The joy of knowing that it is just going to keep coming in every month while she thinks about what she might do next.

I don’t begrudge the early security. It might be an expensive remnant of the pre-breathing equipment days when firefighters didn’t end up with a particularly long or pleasant retirement. But it was also the deal when she signed up for the job.

Even so, our conversations — followed by a few vital lifts at the resort being closed as a result of gilets jaunes supported strikes (cue weeping children and a long trudge back to the hotel) — reminded me just how angry absolutely everyone everywhere is about pensions.

In the UK, anyone with a defined contribution pension is irritated by the hugely more generous tax treatment of defined benefit pensions. Anyone with a DB is maddened by the inheritability of DC pensions.

Anyone with a DB is equally maddened by the idea they might be asked to move to a DC (this is why staff at 74 UK universities are now on strike).

Anyone running or acting as a trustee of a DB is horrified by the way super low interest rates have created pension fund deficits. Anyone running a company with a legacy DB scheme is stunned by the level of cash they have to shovel into those same deficits (there is even evidence that they pay lower wages as a result).

Everyone in higher tax bands is cross about the way the annual allowance and the lifetime allowance limit their tax relief opportunities. And of course the younger you are, the crosser you are — before 2006 there were no limits on pension tax relief (bar an annual restriction to a percentage of your income). Today you can’t save more than £40,000 a year or £1.055m over a lifetime and even those simple sounding allowances can descend into admin hell in the blink of an eye. Pensions taper, I am thinking of you.

But here’s the thing. In all this sound and entitlement fury, I suspect we are forgetting the key point of pension tax relief. It isn’t to get you that Lamborghini or to pay for whatever the annual equivalent of a Caribbean cruise is going to be in our new virus-ridden world.

It’s something much more boring. It’s to keep you out of the means-tested benefits system. To stop you being a burden on other taxpayers in your retirement. That’s it. Anything you save above the level required for that is simply a drain on the public finances — and hence other taxpayers.

How much tax relief should you then get? I thought I’d figure this out by looking at how much the UK benefits system reckons a retired person needs to live. The answer points to around £16,000 to £17,000 per year.

READ  What's the best tech to take to university?

If you are in your 70s, live on your own and have no assets or income of any kind whatsoever, that’s what your total benefits package could come to (check out the calculator on the entitledto.co.uk website).

Most of this will come from the state pension (the full state pension is now nearly £9,000 per year) but depending on your circumstances, could be topped up by other forms of state help such as housing benefit, council tax credit and pensions credit.

If we assume that most people will now end up with a full state pension (35 years work) that means that the state needs everyone to have a pension pot that will provide around £10,000 of income annually.

Assume a 3 per cent yield and that’s only a £300,000 retirement pot — a level most people auto enrolled into a pension scheme from the age of 22 should reach.

Look at it like that, and the current system with its lifetime allowance of over £1m seems ridiculously generous. And scrapping the higher rate tax relief system — as it is rumoured the next Budget will address — isn’t spiteful, self defeating, an act of fiscal hooliganism or part of a war on wealth. It is just a way to prevent the better off effectively hypothecating their own tax revenues back to themselves.

Think of it less an unkindness than a rational response to a rising level of state pension entitlement and a need to deploy tax revenue elsewhere — or in my dream world, to find a way to cut taxes.

It isn’t entirely straightforward — this kind of change is hard to implement in the public sector in particular. But unless we dump the relief system altogether (perhaps in favour of a much higher state pension) or shift to a pure Isa-style system for pensions, it is definitely coming.

With this changing dynamic in mind it is time for the better off to recalibrate. Stop thinking of your tax relief topped-up pension pot as a God-given route to grey gold or your primary source of retirement income. Instead, start thinking of it as an insurance policy — there to provide a base income and a back up if all else goes wrong.

The rest needs to come from savings made elsewhere, because contrary to popular belief, just as it is possible to give to charity without other taxpayers having to finance your Gift Aid, it is possible to save for retirement without a pension wrapper.

None of this works for my own finances by the way. My admin marathon has made it clearer than I would like that I am far, far from retirement. So I would much prefer a world in which I got unlimited tax relief on my pension contributions, retired in the next decade on the proceeds with a wave of thanks to lower earning taxpayers and joined my nice firefighting friend on a long yoga retreat. But that wouldn’t be right, would it? 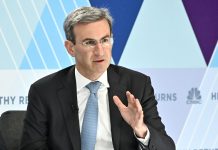 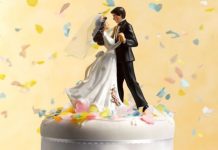 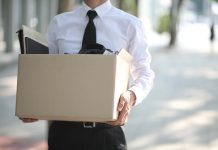 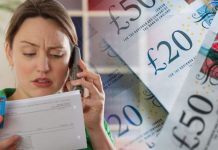 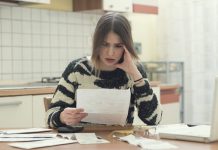 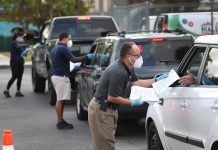 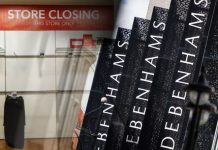 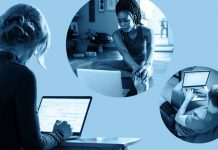 What every teenager should know about money