By Press Association and This Is Money

Persimmon has posted a dip in profits as it sold less new homes amid efforts to improve quality. 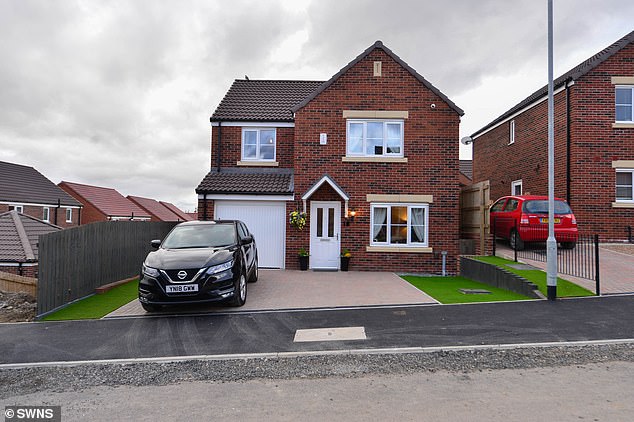 Persimmon reported  profit before tax of £509.3million for the six months to 30 June, down from £516.3 million

Shares in Persimmon rose 1.7 per cent to 1,894p following the posting of the update on Tuesday morning.

Persimmon had already unveiled the lower sales rate in July, saying it had put the brakes on the process to ensure better customer satisfaction.

The company faced criticism last year as it handed out hefty bonuses to executives, despite relatively low customer satisfaction ratings.

But new chief executive Dave Jenkinson said the latest numbers showed it had made progress.

‘Improving the quality and service delivered to our customers remains our top priority and I am encouraged with the progress made in the first half, which clearly shows that Persimmon is changing,’ he said.

READ  How to save money for your small business

‘Our customer satisfaction ratings for the current HBF survey year are showing improvement and I am particularly pleased that, in July, Persimmon became the first house-builder to introduce a retention scheme for customers, placing us at the forefront of strengthened consumer rights for home-buyers.’

The average selling price rose to £216,942, but remained lower than the national average for new-builds bought by owner-occupiers. More than half of private sales were to first-time buyers.

Ian Forrest, investment research analyst at The Share Centre commented: ‘The shares responded to the news with a 2 per cent rise in early trading, although they have been weak in recent months. These are reassuring figures as they show resilient prices and the company said consumer confidence remained ‘good’ despite all the political and economic uncertainties.’

‘That is unlikely to change any time soon and cost pressures also remain a headwind, but the steady cash flow will help to fund the healthy dividends,’ he continued. ‘Growth rates for the sector may have already peaked so we view the shares at best as a ‘hold’ for investors willing to accept a higher level of risk.’

ASK TONY: We cancelled our Greek villa but insurer refused to pay the bill

Have Cryptocurrency Markets Matured Beyond The 2017 ICO… – Coinspeaker

STEM: efforts to inspire more children could be entrenching educational inequalities – The Conversation...

Mate 30 Pro release: A major detail about this new Huawei phone has just...

Major global film and music studios have sent a letter of warning to Ramaphosa...

The Brexit boost: Whitehall draws up raft of measures to kickstart spending spree

Saudi Arabia has a new energy minister: What it means for oil

BT set to hike broadband and mobile bills to cover the cost of rolling...