LONDON (Reuters) – The pound can strengthen 5 to 10 percent from current levels because Britain and the European Union are likely to reach an agreement to avert a disorderly Brexit, the head of sterling portfolios at fund management giant PIMCO said on Monday.

A man wears a beret designed to resemble the EU flag during an anti-Brexit demonstration on the first day of the Conservative Party Conference in Birmingham, Britain, September 30, 2018. REUTERS/Darren Staples

Mike Amey said he held a moderately long position on sterling versus the euro, predicting a gradual rise over the next 12-18 months, because the market was “too pessimistic” about prospects for a disruptive Brexit.

“Our base case is there will be some sort of co-operative solution,” he told Reuters in a telephone interview. “We think both sides can achieve their political ambitions without creating a disruptive economic environment.”

However, Amey warned that risks remained and the pound would tumble – to as low as $1.15 – if talks between London and Brussels deteriorated and the UK crashed out without a trade deal.

Sterling, which has lurched from one Brexit announcement to the next this year, has recovered slightly in recent sessions, to above $1.30 and 88 pence per euro, on hopes for a Brexit deal and resolution of the Irish border question, one of the biggest obstacles to an agreement.

While hedge funds have bought the pound in recent days, overall short positions on the currency are at their highest levels in 16 months, according to futures data.

Many investors have preferred to sit on the sidelines rather than try to profit amid the political unpredictability and the currency’s sharp price swings.

Amey said even if Britain and the EU reach an agreement, they would leave decisions over many of the finer points of their future relationship until after Britain’s formal exit in March, 2019.

“We think the negotiations will be quite lengthy. We don’t think we will get clarity on the final resting place of an EU-UK trading relationship (later this year),” he said.

Amey said he expected the Bank of England, which has made its forecasts contingent on a smooth Brexit, to raise interest rates once or twice a year in 2019 and 2020, with the first hike in May.

Assuming Britain and the EU continue to negotiate, consumer inflation should fall to the BoE’s target of 2 percent by end-2019, with the UK economy growing between 1.5 and 2 percent in 2019, he said.

In the event of a breakdown in talks and a sudden, disruptive Brexit, Britain’s economy would slow dramatically but avoid a recession, expanding sub-1 percent in 2019, while the BoE would cut rates, Amey said.

The market has priced in around a 40 percent chance of a disruptive Brexit, a probability Amey considers too high.

“You have to accept (Brexit is) a binary outcome and whatever your core view it’s perfectly plausible it’s wrong,” he said. 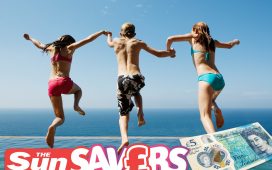 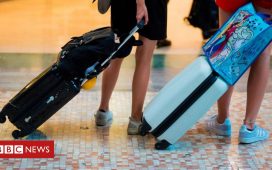 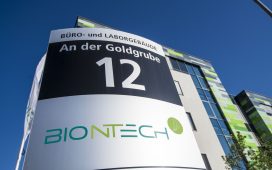