LET’S pretend you’ve got £75k to spend on a fast car. Would you go for a Porsche 718 Cayman GT4 or a Renault Megane?

Hang on, hang on. Don’t jump in. Let’s look at the evidence first. One is like honey. You can’t top it. The other is a Renault Megane.

One is guaranteed to make you more attractive to the opposite sex. Or the same sex if you like. The other is a Renault Megane.

One has a sweet mid-engined naturally aspirated flat six. The other is a Renault Megane.

Whatever the French were smoking when they slapped a £72,000 price tag on a front-wheel drive hot hatch, we’ll never know.

But it makes the delicious Cayman GT4 look cheap, even more so the £73k drop-top version.

You really really need to be into your Meganes to walk past a Porsche dealer and buy a Trophy-R instead.

Now before anyone says the 300hp Megane is easier to live with because it has four doors and four seats, that’s only half right.

Yes, it has four doors but it’s a two-seater, like the Cayman GT4. The rear seats have been removed for lightness and replaced by a strengthening strut and a cradle to take an extra set of carbon wheels to the race track.

I’m sure the Megane is very fast and playful and an absolute giggle to hustle down a B-road — but it’s no more practical than the Porsche.

And it looks a bit Halfords. Now let’s run the rule over the GT4. Do you know that moment when your Nando’s order arrives?

Times that excitement by 1,000 and you are still not even close. This is one of the most thrilling and satisfying cars I’ve driven. Built for pure driving pleasure.

You can sense the motorsport engineering at every corner. This isn’t a car you can drive fast. This is a car you’ll want to drive fast.

The 420hp 4-litre flat six is taken from the current 911, only with the turbochargers removed and the cylinders substantially bored and stroked out.

Yes, you read that correctly. The chassis is adjustable for track day use (toe, camber, anti-roll bars) and the Auto Blip button (for automatic throttle-blipping downshifts) will make you look like a pro.

The cabin and seating position is just sublime. But perhaps the most compelling reason to buy a GT4 is that it’s an investment. It shouldn’t lose money.

One-of-a-kind Bugatti becomes most expensive new car EVER at £15.5 MILLION

LIFE IN THE FAST LANE

When does F1 return and what is the next Grand Prix?

Note. The new one isn’t limited like the old car but first-year production has already been allocated.

Now you might think there’s a clever twist at the end and I’m going to say that as brilliant as the GT4 is, you should go for the Megane. No, mate. Cayman GT4. All day long.

Q) MY daughter is now 17 and we have her first driving lesson booked. We have a Ford Fiesta she can use but we also need to use it.

What is our best option for insurance? Would it be better for her to have her own car? If so, what – we have a budget of about £1,500.

A) It’s always best to try and get your kids their own car and own insurance, because it can be merry hell trying to negotiate the regulations about main drivers and users without ending up with a sky-high premium.

A)Sounds a lovely survivor, Alfie (great name, by the way), and it would be of interest to a Ford enthusiast – but the market ain’t kind to affordable classics like this.

Reckon on it being worth about £1,500, thanks to its low mileage and Ghia spec. You might get more selling it via a specialist site, like carandclassic.co.uk.
Q) I have a 1986 Honda Civic Shuttle in Argyle Red, it’s in immaculate condition as it’s always garaged and it has 78,000 miles on the clock. Is this a rare vehicle? David Pleasance
A) It most certainly is, fella! A quick search on howmanyleft.co.uk shows only a handful of Honda Civic Shuttles still registered or SORNed in the UK, and that’s all variants of it – yours might even be one of a kind, depending on its exact model spec. 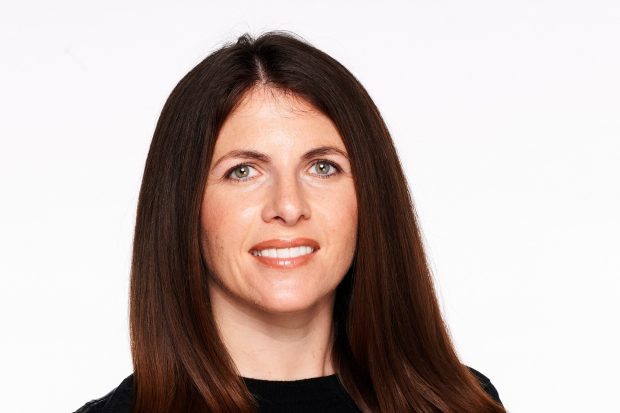 REMEMBER the short-lived Evoque convertible? Well, there’s still life in the drop-top SUV segment yet. VW has revealed the T-Roc Cabriolet, which sort of replaces the Golf and Beetle as the only convertible in the VW line-up. Here’s hoping for some sun.

MERCEDES is readying its fastest model yet, the AMG GT Black Series. The swansong for its go-harder sports car, the 2020 model is set to pack 680bhp from its 4-litre V8. Woah.

IS it dangerous to talk to someone while driving? That’s what a bunch of MPs have suggested in a new report, proposing a total ban on mobile phones, including hands-free use. The report doesn’t mention the broader distractions of infotainment systems, sat navs, children in the back . . .

WILL they or won’t they? That’s long been the question over a Ferrari SUV – but Autocar insiders tell us the car will arrive in 2022, uses a front-mid-engined architecture and has the codename Purosangue, which translates to “thoroughbred”.

What I could have bought this week – German motors under £11,000

In Bristol fashion: how we'd bring back Bristol Cars