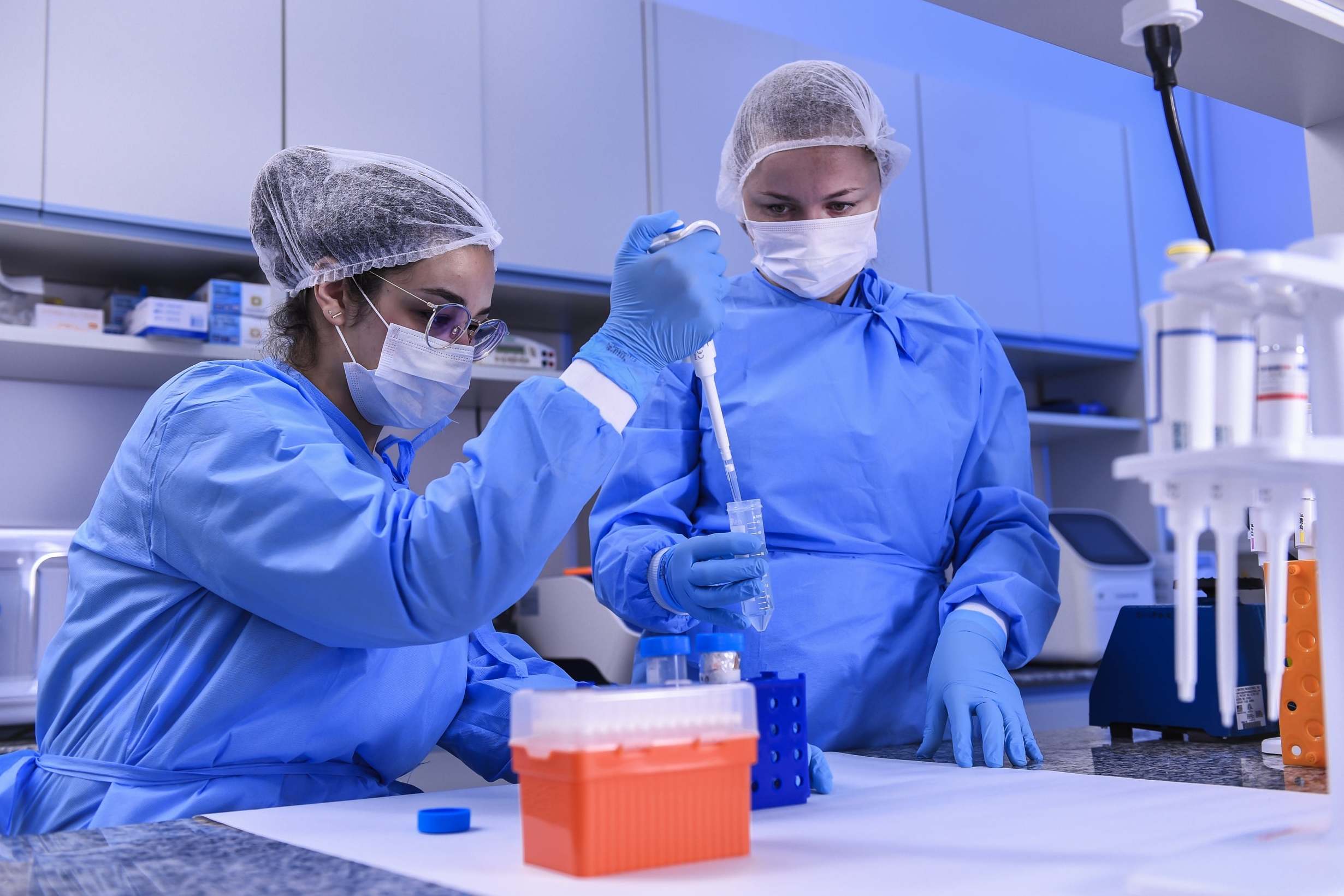 Potential coronavirus vaccines being developed at UK universities will be tested in the US, South Africa and Brazil because Britons are now at low risk of contracting Covid-19, it emerged today.

Researchers at Oxford and Imperial College London are among 140 teams across the world aiming to find the first vaccine for Covid-19.

The Oxford trial vaccine is at stage three – the main part the research, where its effectiveness, or efficacy, is tested in thousands of people. It has already been trialled in healthy British volunteers and in people in Brazil.

The House of Lords science committee was told today that declining infection rates in the UK meant foreign volunteers were being sought.

This is because there is little benefit in vaccinating people who are unlikely to subsequently contract Covid – as it makes it impossible to determine whether the vaccine provides protection.

Imperial, where the research is at a less advanced stage, will also look to Brazil. The Oxford vaccine will start trials in South Africa from tomorrow and then in another unnamed African nation.

It will then be tested in the US, as a result of Oxford’s partnership with the drugs firm AstraZenica, trial leader Professor Sarah Gilbert said.

It comes as the first healthy volunteer received a “small dose” of a potential Covid-19 vaccine developed by researchers from Imperial College London.

The participant, who has asked to remain anonymous, is reported to be in good health with no safety concerns after being injected on June 19. A second booster dose will follow within four weeks.

Professor Robin Shattock, who is leading the Imperial trials, said: “If the incidence is low, then getting the numbers to show that the vaccine works against a placebo is going to be challenging.

“Professor Gilbert is already running a trial in Brazil, precisely because the numbers of transmissions are much higher, and we hopefully will look to do the same.

“It’s really about numbers – getting those numbers to be able to show whether the vaccine works, and to what extent it works: what is the level of protection? We think that a vaccine should be at least 70 per cent protective, ideally higher, for it to be useful in terms of being rolled out.”

Professor Gilbert said she initially aimed to get 5,000 people in the UK vaccinated by the end of April to be able to prove vaccine efficacy within a month.

But because transmission in the UK increased so rapidly in March this led to the lockdown being imposed on March 23 – which proved very effective at reducing the spread of virus, thus making research in the UK more difficult.

She said she had had offers from “many, many countries around the world” wanting to conduct vaccine efficacy studies with Oxford university.

“What we require is a country where there is a very good, well-established clinical trials unit. We don’t just need a hospital with a lot of coronavirus cases. We need investigators who are experienced in running clinical vaccine studies… as well as an increasing level of transmission and with little prospects of containing that.

“We have chosen to work with Brazil, because of previous experience of working with the clinical trials team there. South Africa will start vaccinating, probably tomorrow. There is another African country with increasing transmission where we will be beginning trials.

“And now that our vaccine is licensed to AstraZenica they will be initiating a clinical study in the US in the coming months. They are aiming for a study of 30,000 individuals.”

Professor Gilbert added: “The problem for us is not knowing where virus transmission is now. It’s knowing where it’s going to be in four to six weeks’ time – by the time we could have started a study, recruited people, vaccinated them and given them a couple of weeks for their antibodies and T-cell response to develop after vaccination. It’s very difficult to predict because of changing circumstances all around the world.”