The pound US dollar exchange rate is up 0.5 per cent and trading at a rate of €1.263. The pound came under heavy fire on Monday afternoon after Mrs May unexpectedly pulled the Commons vote on her Brexit deal when it became clear that it would not receive enough backing from MPs for it to pass. GBP was trading at $1.264 when Mrs May began to address the Commons on Monday, but plunged to a 20-month low of $1.251 within moments of her announcing that the parliamentary Brexit vote would be indefinitely delayed. This morning the dust has settled a little and Sterling has clawed back some of its losses but investor sentiment in the UK currency remains badly damaged by the uncertainty surrounding the exit from the EU.

In particular, markets are concerned that Mrs May could have run out of political capital and that there exists the possibility of a leadership challenge, or even a general election that may result in a Labour victory.

Politics aside, this morning’s average UK wage figures showed a better-than-expected increase, revealing a 3.3 per cent rise in October, on an annualised basis.

With the consumer price index (CPI) sitting at 2.2 per cent, this represents a further divergence between inflation and wages, potentially giving people more money in their pockets in the run-up to Christmas.

At the same time October’s unemployment figures were released, which revealed no change in the rate of 4.1 per cent, although the claimant count change ticked up to 21.9k against forecasts of only 13.2k.

Later on today there will be a raft of US inflation and sentiment data releases, although none of it is expected to be particularly influential to the pound US dollar exchange rate, with markets still fixated on Brexit developments.

The US dollar is still suffering generally from softening sentiment after last week’s muted non-farm payrolls report, as well as an increasingly dovish-sounding Federal reserve.

Tomorrow will see the publication of the latest US CPI figures, with current expectations being for a slight rise.

If this were to occur we are likely to see further downside pressure on the pound US dollar exchange rate over the coming 24 hours. 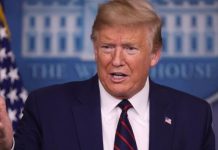 Trump hopes to reopen US economy in May, White House officials announce

Oil refiners may have to shut a few units 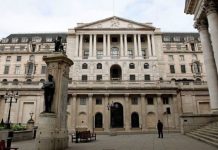