The pound has backed off its best levels against the US dollar this morning as markets remain wary of the UK currency.

It comes ahead of a cabinet meeting which will decide whether to push forward with a Brexit deal under the terms of a draft text agreed by the UK and EU on Tuesday.

Theresa May will attempt to win over her cabinet as senior ministers meet in Downing Street this afternoon to discuss the document.

While the PM is expected to stress that the deal on the table is “as good as it can get” there are fears that the Cabinet may choose to reject the text amid considerable pressure from both senior Brexiteers and some Remain supporters within the party.

Meanwhile applying further pressure to the pound US dollar exchange rate this morning was the release of the UK’s latest Consumer Price Index.

According to data published by the Office for National Statistics (ONS) UK inflation remained flat at 2.4 per cent in October, missing expectations it would rise to 2.5 per cent.

While this will be welcome news to households as the growing gap between wage growth and inflation indicates that real pay in on the rise, it will be a disappointment to pound investors.

Some may have hoped that an acceleration in inflation would place more pressure on the Bank of England (BoE) to raise interest rates next year.

Looking ahead, the pound US dollar exchange rate is expected to see some notable volatility this afternoon depending on the outcome of this afternoon’s cabinet meeting.

We could see the pound roar higher if Theresa May is able to garner the support of her senior ministers for the draft text, or nosedive if her cabinet decides to reject the deal, with the movement in either direction likely to be significant.

Meanwhile the US dollar’s movement against its wider currency peers is likely to be driven by the release of the latest US CPI figures.

Another robust lift in US inflation is likely to all but confirm that the Federal Reserve will move ahead with a rate hike next month. 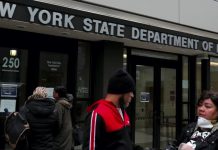