Poundworld founder pulls out of bidding


Chris Edwards has ruled himself out of bidding for parts of Poundworld, the discount store chain he founded in 1974, after administrators rejected his final proposal.

Mr Edwards said in a statement that he had tabled a deal to save 186 stores, along with 3,000 jobs, but that “we’ve now had written confirmation that it’s not high enough.”

“I’ve made a substantial and credible offer, which is the best offer we can put forward, but in my opinion, it hasn’t been given the respect it deserves,” he added, saying he was only given access to Poundworld’s premises and permission to talk to its bankers “in the last few days.”

According to two people familiar with the situation, Steve Smith, the founder of rival Poundland, is in early-stage talks with administrators at Deloitte. Both Mr Smith and Deloitte declined to comment on these talks.

“To date no party has presented a credible and acceptable bid with accompanying confirmation of funding,” Deloitte said in response to Mr Edwards’ assertions, adding that it continues to seek a buyer of all or parts of the business. It denied that it has frustrated efforts to save the company.

“We have provided guidance to indicate how a successful bid might be structured and have provided detailed information to assist bidders in an effort to help them wherever possible,” a spokesperson said.

Private equity group TPG bought Poundworld in 2015 for £150m, but trading worsened sharply as Britain’s consumers became more cautious, while the devaluation of sterling against the US dollar in the aftermath of the Brexit referendum compressed the company’s already-thin profit margins. Efforts were made to broker a sale as a going concern floundered, and the company went into administration in June, putting 5,000 jobs at risk.

Mr Edwards stressed that time was rapidly running out, with many of the group’s 300 stores already advertising liquidation sales. “I now believe the business will close rather than jobs being saved,” he said. “It seems that selling off all the stock and closing the stores is a better option.”

Mr Smith founded Poundland from a single shop in Burton-on-Trent in 1990, selling it to Advent International for £50m in 2002. The business was subsquently floated, before being acquired by Steinhoff International in 2016. 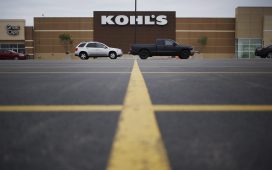 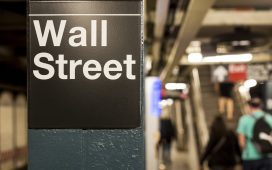