Powell should set out a more predictable course


The current challenges facing monetary policy are without parallels. Global central banks are short of space to cut interest rates to fend off any looming downturn. Threats to economic growth and inflation — rising trade protectionism and a structural shift downwards in pricing power — do not fall neatly into traditional central bank models. And past rounds of asset purchases have left bloated central bank balance sheets combined with rising negative side effects.

Federal Reserve chairman Jay Powell will give the opening speech at the annual economic symposium in Jackson Hole, Wyoming, on Friday, where this year’s topic is challenges for monetary policy. He must use the speech to address some of the communication mishaps that have dogged his tenure and provide clear guidance on the Fed’s framework for navigating this uncharted environment.

Three weeks have passed since the Fed cut interest rates for the first time in a decade. Turbulence has ensued. Markets baulked at Mr Powell’s characterisation of the cut as a “mid-cycle adjustment”; US president Donald Trump announced a further round of tariffs on Chinese goods; Beijing allowed its currency to weaken through the psychologically important Rmb7 per dollar; and the global economic backdrop deteriorated, with the Bundesbank warning the German economy could tip into recession. Against this raft of bleak news bond yields continued to sink to new lows across the world. Recession probabilities for the US economy climbed and the gap between two-year and 10-year US yields briefly turned negative.

Barring weakness in investment the domestic US economy continues to shrug off this gloom. The unemployment rate remains close to a 50-year low, consumer spending is strong and inflation is heading back towards target. The direct hit to the economy from the trade war, akin to a fairly small tax rise, on the surface appears contained. This disconnect between domestic and external momentum explains the Fed’s difficulty in calibrating policy.

Mr Powell’s commentary after the July Federal Open Market Committee meeting did not commit the Fed to a rate cut in September. He should stop hesitating. The need for insurance against a slowing global economy has materially increased in recent weeks. Uncertainty from the US-China trade war is here to stay and the indirect hit on confidence and investment is already evident. The country is a fairly closed economy when it comes to trade, but that is not true for financial flows.

As part of a committee Mr Powell cannot fully commit the Fed to rate cuts further out, particularly given the clear division with two dissenters in July. But he can provide direction on how the members will assess incoming data and events. Better clarity on the relative importance of external versus domestic factors would help anchor expectations, as would guidance on what it would take to move from insurance cuts to a deeper easing cycle. The Fed alone cannot shield the US economy from weakness generated abroad, neither can it offset a global supply shock. But it can manage expectations.

Market pricing is for four quarter-point rate cuts over the next year. This may look aggressive to the Fed, but that does not mean they should dismiss it. Markets are worried for a reason. Mr Powell must clearly communicate how the FOMC expects to react in this uncertain world. This will help avoid further U-turns. Mr Powell’s 18 months in charge of the world’s most important central bank has, at times, proved a roller-coaster ride for markets. He should use Jackson Hole to set out a more predictable course. 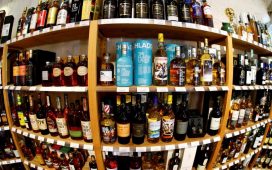 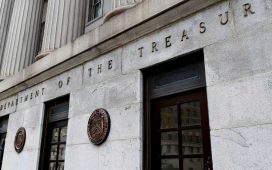