The FTSE 100 owner of Premier Inn is facing a backlash over £1.5million of executive bonuses after the company posted a billion-pound loss.

The City has been rocked by shareholder revolts this summer including a massive 70 per cent attack on grocer Morrisons this week over the chief executive’s pandemic bonus.

Whitbread, the UK’s second-biggest listed hospitality business, is under fire because bosses are in line for awards despite taxpayers, staff and investors taking a hit. 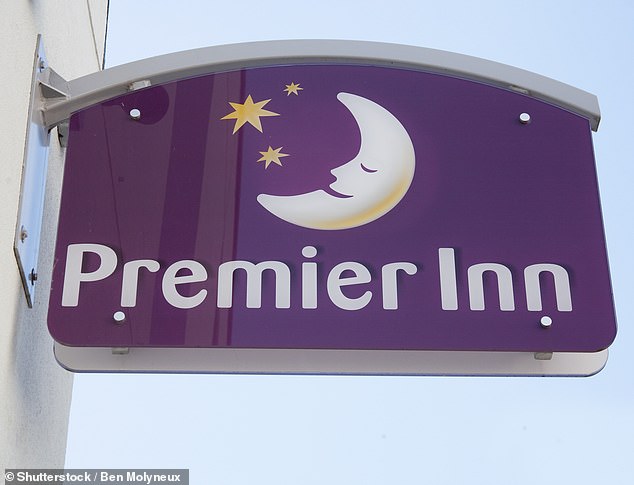 Backlash: Whitbread, the UK’s second-biggest listed hospitality business, is under fire because bosses are in line for awards despite taxpayers, staff and investors taking a hit

In its final results, for the year to the end of March, the company posted a £1billion loss, compared to a £280million profit the year before.

Whitbread benefited from £138million of furlough cash and a £120million saving from the business rates holiday, and it laid off 1,500 staff and suspended dividends.

Despite this, Alison Brittain, the chief executive, is in line to receive a £729,000 annual bonus while finance chief Nicholas Cadbury could get £492,000.

Advisory group ISS has recommended shareholders abstain or vote against the pay report at the annual general meeting to be held on Thursday, while the Investment Association issued a ‘red top’ warning, its highest level.

ISS said the ‘significant awards… are not considered appropriate’ when staff, taxpayers and shareholders had all taken a hit.

To try to dampen opposition the company has delayed the awards until 2022, when they will be subject to another round of targets.

This means that no bonus payments will be made this year, the company said.

Bosses have told the firm’s shareholders that they ‘continue to optimise Government support packages’.

The tsunami of opposition to pay reports at several of this year’s annual general meetings has been dubbed the ‘shareholder spring’.

Investors have found new confidence in the face of record levels of Government support, a wave of job losses and the massive loss of dividends as companies have fought against global lockdowns.

Last month Rio Tinto suffered a 62 per cent vote against excessive pay packets for its outgoing bosses, while more than a quarter voted against a £66m bonus for Cineworld boss Mooky Greidinger and his brother and deputy, Israel.

There have also been rebellions at Intertek, Savills, Playtech, Pearson, BAE Systems and Glencore.

Whitbread said: ‘Part of the incentive scheme that would have been paid this year is being deferred, and contingent on meeting new stretching performance targets that have been designed to drive the recovery of the business.’