The 2018 President’s Staff Excellence Awards were recently presented to several of Tulane University’s staff members who best represent high achievement in their contributions to the university. President Mike Fitts surprised winners at the downtown, uptown and Elmwood campuses and the National Primate Research Center. Scroll for photos of the surprise deliveries. 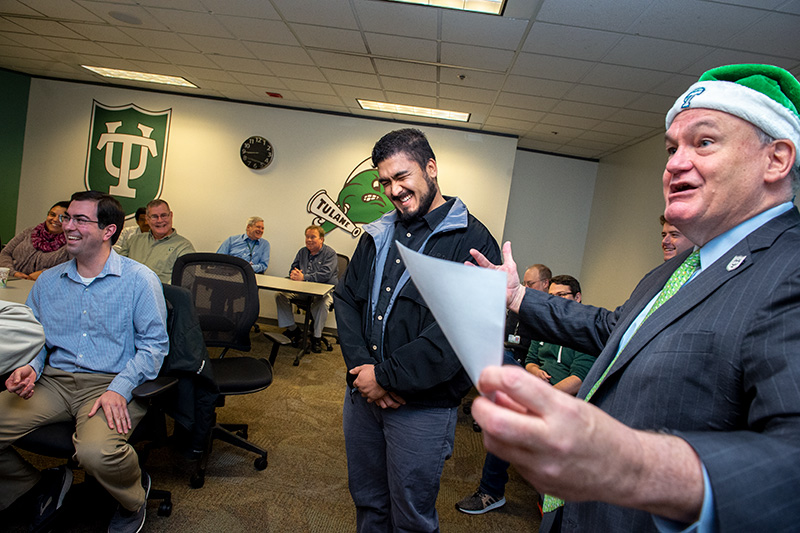 With coworkers looking on, Antoine Young, center, responds to comments made about him by Tulane President Mike Fitts before receiving the award. Young is an IT Security Manager in the Office of Technology Services. 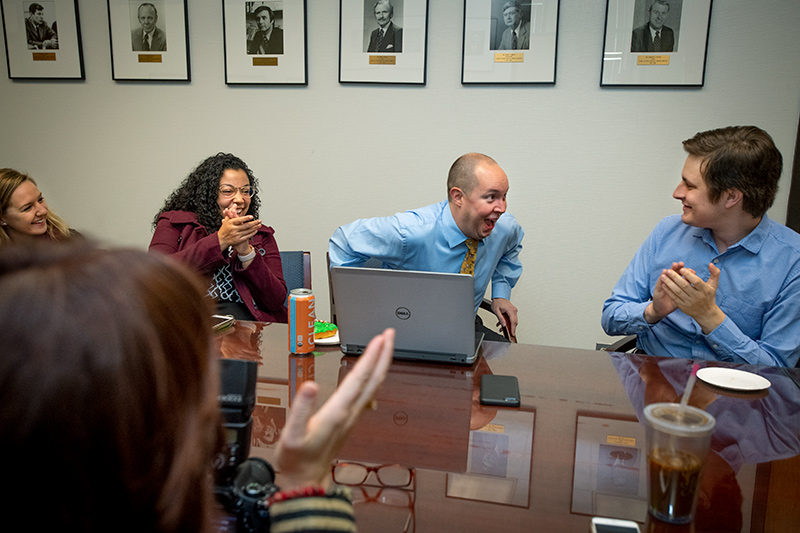 Adam Maese, center, Program Director in the School of Public Health and Tropical Medicine, responds to the surprise award. In his 16th year at Tulane, Maese recruits and assists students in the MD/MPH Dual Degree Program at the School of Medicine. 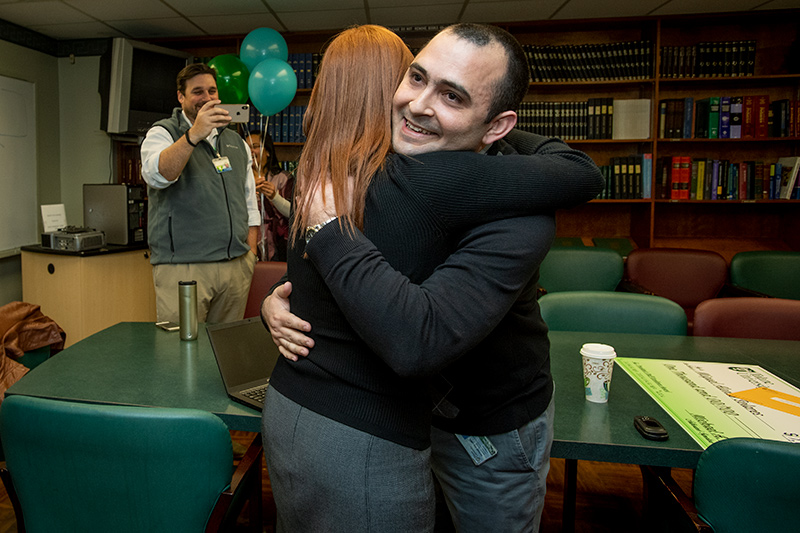 Miguel Alonso Solares, right, a case manager in Community Pediatrics and Global Health in the School of Medicine, receives a congratulatory hug from a coworker after receiving a visit from Tulane President Mike Fitts. 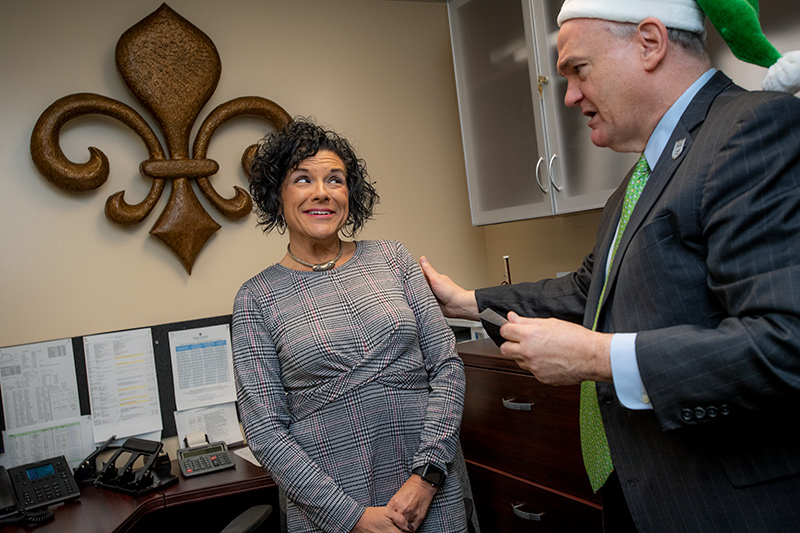 Still shocked by his unannounced appearance in her office, Jill Barbay, left, listens as President Fitts tells her she has received the award. Barbay is a senior department administrator in the Department of Biochemistry and Molecular Biology at the School of Medicine. 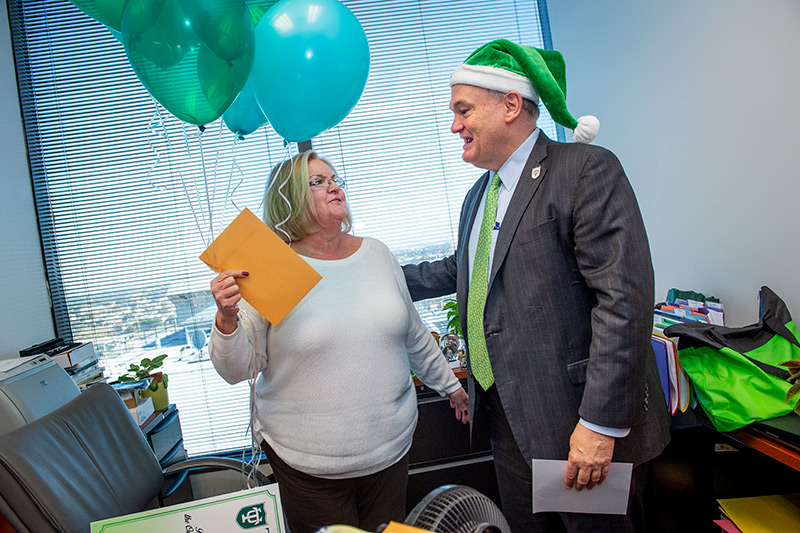 With balloons and a check in hand, Kathryn Pierce, left, thanks President Fitts for presenting her a 2018 President’s Staff Excellence Award. Pierce is an executive assistant in the School of Medicine Dean’s office. 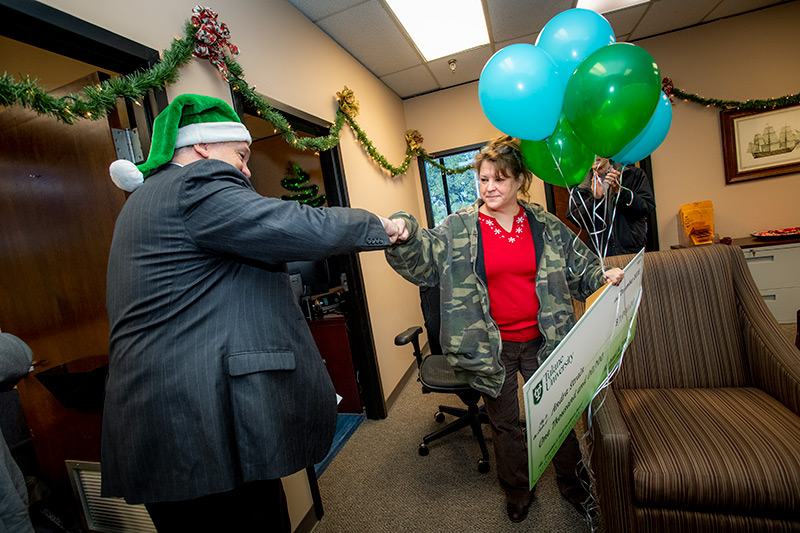 Andra “Andie” Strain, right, offers a fist bump to President Fitts after hearing she won the award. Strain is an accountant in the Facilities Management Finance & Business Office. 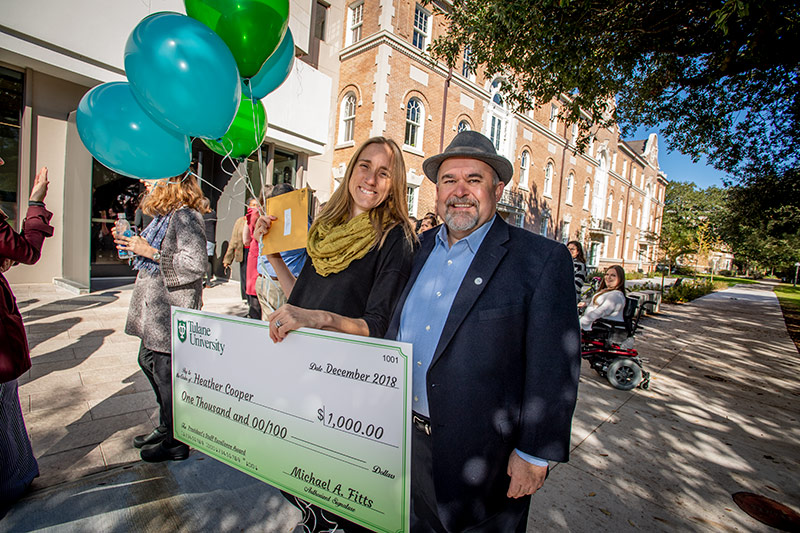 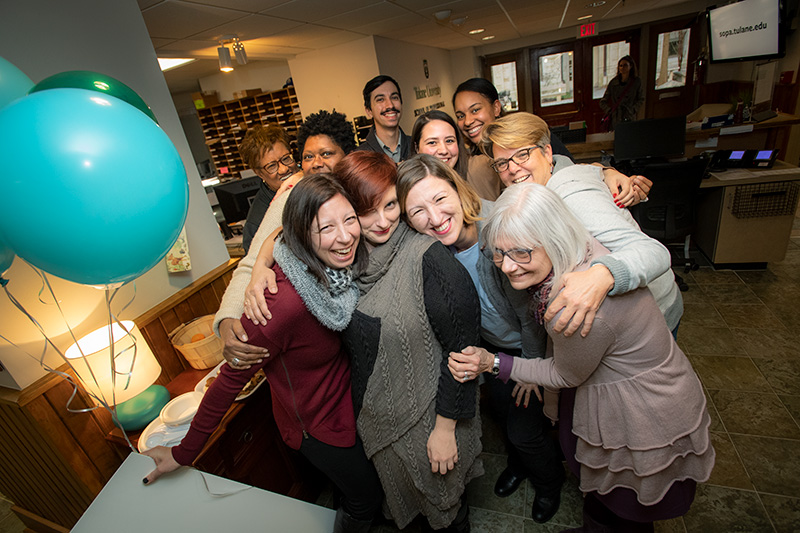 Christa Payne, bottom left, feels the love from her coworkers after receiving her award. Payne, the assistant dean of administration and operations in the School of Professional Advancement, received 17 nominations for the award —the highest number ever received. 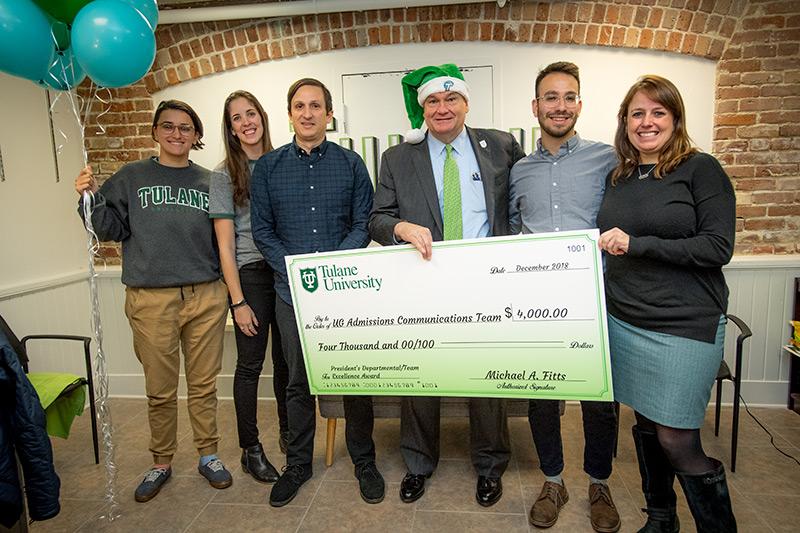 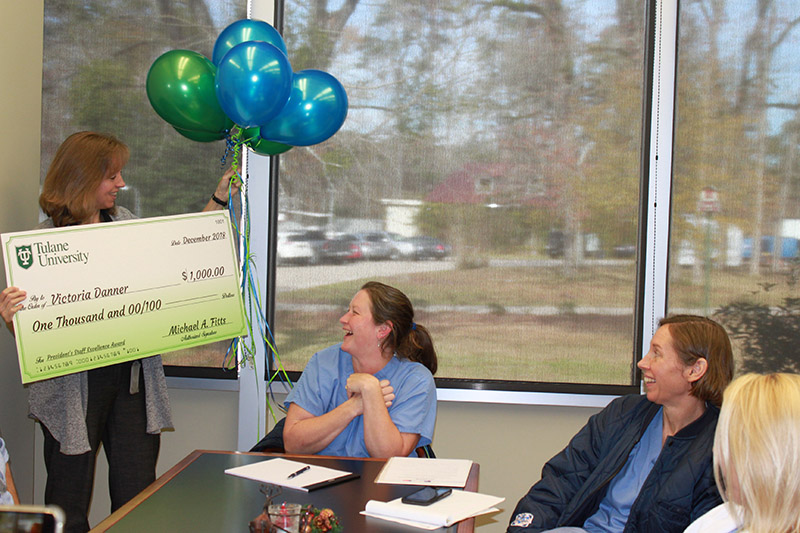 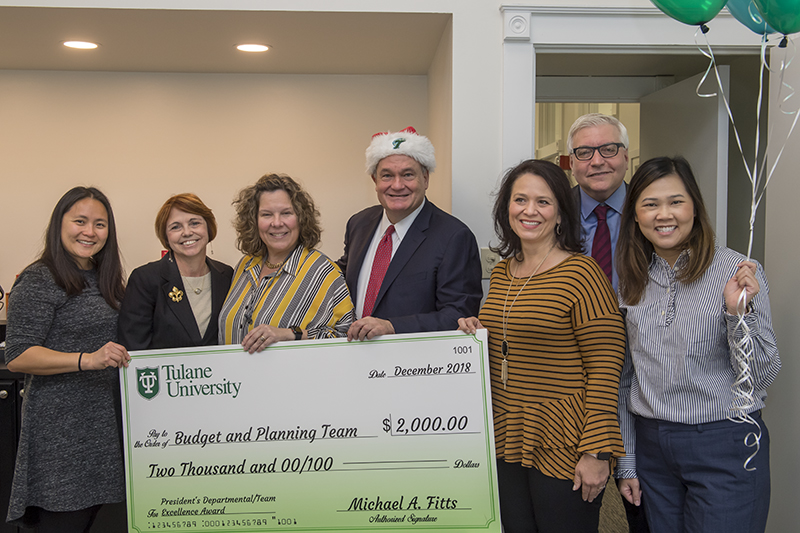 Tulane’s budget and planning team enjoyed a not-so-normal morning meeting as President Mike Fitts stopped by to announce their award. 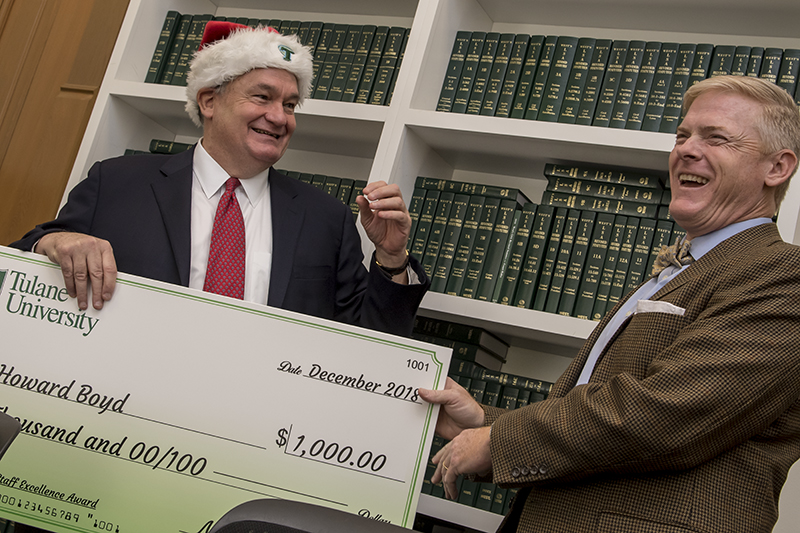 Binance US Considers Tron, Tezos and 16 Others for Listing