Primark will not take up the bonus offered last week by the government for taking back furloughed workers into full employment, declining a potential windfall of about £30m.

The high-street clothing chain, which is majority-owned by the billionaire Weston family, said it “shouldn’t be necessary” for it to take advantage of the scheme unveiled by the chancellor, Rishi Sunak, in his summer statement last week.

Under the scheme companies can be paid a job retention bonus of £1,000 for every worker brought back from furlough – the scheme that has already seen the taxpayer pick up the wage bill for millions of workers under extraordinary measures announced in March.

However, Primark reopened UK stores in mid-June and still expects to turn a profit, albeit much reduced, in 2020.

A spokeswoman for Associated British Foods, the owner of Primark, said: “I can confirm that Primark does not intend to take advantage of support under the job retention bonus announced by the chancellor.

“The company removed its employees from government employment support schemes in the UK and Europe in line with the reopening of the majority of its stores. The company believes it should not be necessary therefore to apply for payment under the bonus scheme on current circumstances.”

Primark said it lost £800m during lockdown, but said sales have been reassuring since it started reopening most of its 375 stores. It has said it would have been forced to lay off most of its 68,000 workers around Europe had it not been for various government furlough schemes. Just under half, about 30,000, of its staff are in UK, where queues were seen outside stores when non-essential retail was permitted from 15 June.

A source close to Primark said the move should not be seen as a criticism of the chancellor’s scheme, nor of other companies who decided to take the money. “The stores are open, they’re trading, cash is coming in, if you don’t need the money why take it? But those circumstances don’t apply to other retailers or other industries.”

Sunak’s bonus scheme could cost the Treasury up to £9bn if all 9 million British people on furlough were rehired by their employers. The chancellor defended the scheme, which he announced on Wednesday, and also applies retroactively, as being a broad-brush measure that needed to be enacted quickly given the scale of the current economic crisis.

Zomato's paid leave for periods takes on a workplace taboo 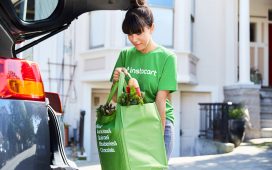