I can’t imagine it’s a brilliant time to be doing the PR for Pizza Express. Twice in the past couple of months, the home of the doughball has been the subject of Twitter trends for less-than-fortunate reasons. First, in early October, came the news that the high-street chain was in financial trouble, prompting a flurry of Twitter jokes; then Prince Andrew stepped in.

During that Newsnight interview with Emily Maitlis over the weekend, the Duke of York said he couldn’t possibly have met and slept with the then 17-year-old Virginia Roberts on the night he is accused of doing so – because he was at a Pizza Express in Woking.

The alibi had a hint of the surreal to it and set the tone for the rest of the interview. This was amplified by the prince’s assertion that Roberts’s claim that he had been sweating profusely when they met was also untrue: at the time, he said, he had been plagued by a medical condition that caused him to not sweat at all. As with most things in modern life that have an air of the totally ridiculous about them, the internet immediately ran riot.

Memes about Pizza Express proliferated (even the brand’s own Twitter account joined in); Google reviews for the Woking branch were awash with references to this whole affair; and users joked about Prince Andrew’s sweat-based claims with reaction images. A number of these were in the noble tradition of using humour to speak truth to obscene power. Many others, however, seemed more part of Twitter users’ scramble to post something topical about Pizza Express in pursuit of likes and retweets. The reason they were talking about the restaurant – because it formed part of a denial of sexual assault against a minor – was apparently forgotten.

It is in the nature of social media for context to disappear, and quickly too, particularly on Twitter

The touchpaper of the internet is easily lit by a funny turn of phrase or bizarre concept – think of the online flurries caused in recent months by Colleen Rooney’s investigation into Rebekah Vardy, or the Arkansas man with “30-50 feral hogs” storming his backyard. As a millennial whose sense of humour has been deeply influenced (or infected, depending on your take) by the internet, I can see how in many ways, the mental image of Prince Andrew of all people tucking into a margherita with a romana base might feel like the stuff of harmless memes.

But sometimes we need to think carefully before taking part. The problem in this case is that centring the funny dimension to the prince’s weird interview lets the performance become the story – and it runs the risk of letting him off the hook. What was important about the interview is its content in relation to the accusations, as well as the prince’s seeming lack of sympathy for the victims.

It is in the nature of social media for context to disappear – and quickly too, particularly on Twitter owing to its pace and character limit. An illustration of this came earlier this year, when a reaction video of the actor Rose McGowan saying “imagine how tired we are” went viral, and was put to work to discuss everything from school to astrology. Many of those who shared it won’t be aware of the interview the clip comes from – one in which McGowan talks about herself and another survivor of sexual assault, and states starkly that the first time she saw Harvey Weinstein after she alleges he raped her, she vomited into a bin. This context, fairly obviously, totally transforms our relationship to the meme.

Indeed, when internet humour does consider context, it is our most accessible tool against, and respite from, the corruption and horror we observe around us. Satirising Boris Johnson’s terrible attempt at mopping in a flood zone, for example, is an effective way of highlighting his complete alienation from the people he wishes to govern. So too should we satirise the explanations given to the British public by Prince Andrew, so long as these explanations themselves do not swallow the narrative.

At the end of Prince Andrew’s interview, Emily Maitlis asked him whether he regretted his friendship with Jeffrey Epstein, a notorious sex criminal who preyed on the vulnerable. “Now, still not,” the Duke of York responded. “The reason being that the people I met, and the opportunities, were actually very useful.” In situations such as this, when we’re joking online, it’s important not to forget why we’re doing it. Comments such as that ought to remind us.

• Lauren O’Neill is a culture writer for Vice UK 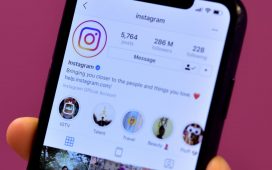 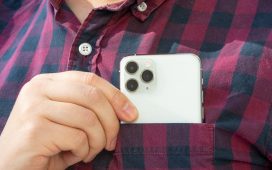 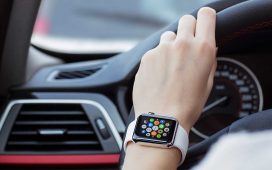