The private equity owner of TGI Fridays has admitted his industry was at fault for the over-expansion of the restaurant sector which led to huge job losses in the pandemic.

In the 2010s private equity piled into the UK restaurant sector backing chains such as Cafe Rouge, Byron, Leon and Pizza Express with debt-fuelled plans for rapid expansion. 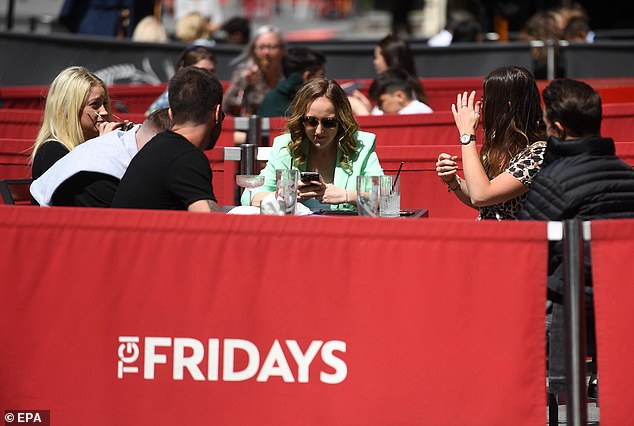 Oversupply: In the 2010s private equity piled into the UK restaurant sector backing chains such as Cafe Rouge, Byron, Leon and Pizza Express with debt-fuelled plans for rapid expansion

The rush put the sector in crisis mode even before the pandemic struck, with low-paid staff taking the brunt of restructuring.

‘I don’t think it was particularly private equity’s fault that a lot of people lost their jobs.

‘The market reached a situation where the growth in demand slowed while the growth of supply kept on going. The pandemic has right-sized that.’

Last year TGI Fridays made 200 UK staff redundant, out of 4,800, and has boomed since reopening.

Electra, which has owned TGI Fridays since 2014, plans to demerge it from its online shoe business, Hotter, and float it this year.