Public speaking is no more than a confidence trick


The speech that Princess Elizabeth (now the Queen) delivered from Africa on her 21st birthday — 21 April 1947 — is one of the most celebrated orations of her reign. This is the speech in whose peroration she said:

“I declare before you all that my whole life whether it be long or short shall be devoted to your service and the service of our great imperial family to which we all belong.”

You can read the transcript here. It is a speech in which she effectively introduces herself to her future subjects. She acknowledges the historical moment (looking back to the second world war and forward to the challenges of the future — a structural gimmick that goes back to Pericles); sets herself in a royal tradition (“There is a motto which has been borne by many of my ancestors — a noble motto: ‘I serve’”); and with a simple humility thanks her subjects for their good wishes and pledges herself to their service.

It is not showy. Though she, or the author of the speech, dropped in the odd resonant tricolon (“wherever they live, whatever race they come from and whatever language they speak”; “our elders who have fought and worked and suffered to protect our childhood”), its unaffected directness and simplicity are what made it resonate.

But it did, as a new book suggests, contain one untruth:

“As I speak to you today from Cape Town I am 6,000 miles from the country where I was born.”

Queen of the World, by the royal reporter Robert Hardman, finds evidence that the address was neither delivered live as the public had long believed, nor even was it recorded in Cape Town. It was recorded a week earlier in a hotel in Victoria Falls in what is now Zimbabwe, and transmitted from Cape Town as if it were live on her birthday.

Was this a great fraud? Does Her Majesty now deserve to live in the retrospective infamy of Jayson Blair, the New York Times reporter who among other sins was found to have datelined from Maryland or Texas reports he had written in New York?

I do not think we can put this quite in that category. Call it a little white lie — though I doubt that, in our own more connected age, Buckingham Palace would contemplate sanctioning such a deception. And few in the public eye would chance it these days. We value live and spontaneous rather than canned and pre-packaged. Authenticity is always compelling.

But allowing the speech to be recorded “as-live”, and transmitted a little later, was a way of allowing an inexperienced young woman to capture the best version of herself as an orator.

The truth about public speaking is that, to a large extent it is a confidence trick. Nobody, or almost nobody, is naturally good at it the first time.

Fear closes your larynx and stiffens your body and an audience catches the nervousness and responds to it in exactly the same way it responds to the emotional state of a confident speaker (or an angry one, or an exultant one). Confidence begets confidence, and vice versa.

For what it is worth, my own experience is that the only way to get any good at public speaking — be it speechmaking, broadcast work or a conversation on stage — is to endure being bad at it until you stop being scared. The first few times I ever spoke on the radio I sounded like an upper-class Kermit the Frog.

There are tricks you can be trained in — speaking more slowly than feels natural, using open body language and so on — that will speed the process, but confidence can never be entirely faked.

The Queen has remained a slightly stiff speaker. When she was 21 and perhaps as a matter of decorum they were giving her a buffer — training wheels, if you like. Here was a chance to get it right, without the pressure of live delivery, and to listen to it back before transmission

“It was afterwards played off for Her Royal Highness to hear and was a great triumph,” the King’s press secretary told his diary at the time, according to Hardman’s book.

That did both speaker and audience a favour. We may now have to stop calling it the Cape Town speech, but its effectiveness is undiminished.

Sam Leith is literary editor of The Spectator and author of ‘You Talkin’ To Me? Rhetoric from Aristotle to Obama’ 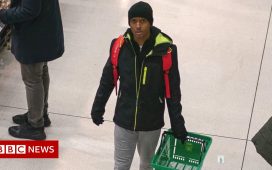 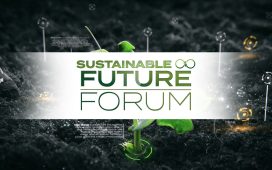 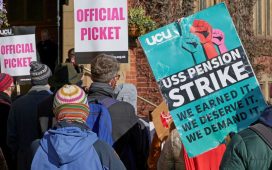 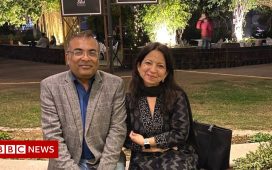