Popular Python is set to gobble up C and Java
Python’s ascent continues among software developers, bolstered by its usability compared with Java and C. 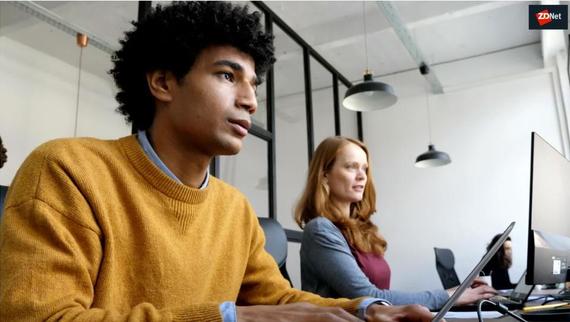 Demand for data science experts continues to grow, with the most in-demand staff moving jobs for big pay increases as companies seek to expand their use of data analytics.

According to the data from tech recruitment company Harnham, entry-level data scientists can now expect to earn £45,000 in London and £34,000 outside it, while the most senior director-level data scientists can expect to earn £140,000, on average, in the capital — although it will take workers somewhere between 10 and 15 years to reach that level of seniority. Other recently published research has shown that for some IT workers, once the cost of living is taken into account, working outside of London can be a better option.

Salaries for quantitative analysts are slightly higher — £55,000 in entry-level positions, rising to £155,000 in the capital. Machine learning engineers can expect to earn about the same as data scientists. The recruitment company said it had seen a dramatic rise in the number of companies diversifying their teams and hiring specific roles to focus on deep learning, computer vision and natural language processing.

Perhaps because of that high demand, data science experts tend to stay in roles the shortest amount of time in the sector (under three years), and are also grabbing biggest pay rises when they move — a 23 percent jump. On top of this, they are scoring a 22 percent bonus on top (a figure inflated by large bonuses in the financial sector).

Big data and data engineering experts are the best paid of this group, earning an average base salary of £42,000 at first, rising to £99,000 as a technical lead and £125,000 at a director level if they stay in the capital. When they do move, they usually pick up a 17 percent salary bump.