The UK tourism industry branded 2020 “a write-off” on Friday even though ministers said travellers in England could visit 59 overseas destinations without having to self-isolate for 14 days on their return from July 10.

The list of countries dubbed safe by the British government includes almost all of Europe, with the exception of Portugal and Sweden, along with a dozen other countries, including Australia, South Korea and Vietnam.

Citizens returning from the US, China and Middle East will still be required to quarantine for two weeks under the latest guidance. British passengers could have to self-isolate on arrival in countries that still have a quarantine policy, such as New Zealand, after plans for bilateral “air bridges” with other countries were dropped.

The list was meant to be published on Wednesday but the timetable has slipped — to the consternation of the travel industry.

Inbound tourism is one of the UK’s most valuable service industries, contributing more than £28bn to the economy in 2019. But only 24 per cent of visits to the UK come between October and December, with most international visitors arriving in the summer months.

The publication of the list was welcomed by British Airways, easyJet and Ryanair which dropped their legal action against the government over the introduction of the two-week quarantine period.

Our industry has suffered hugely in this period . . . Unlike businesses that have had a major reduction in their revenues, we have had zero revenues

“The blanket quarantine introduced by the UK government on everyone entering into England was irrational and has seriously damaged the economy and the travel industry”, the airlines said in a statement. “Today’s publication of a list of countries is a first step.”

Joss Croft, chief executive of UKInbound, which represents the UK’s international tourism sector, said that the lifting of quarantine measures had come too late and that most tourism businesses considered this year “a write-off”.

“A lot of people will have already decided where they are going and it won’t be the UK this year. There is only a very short time for [companies] to get money through their books,” he said.

Martin Ferguson, vice-president of public affairs at American Express Global Business Travel, said that the quarantine policy had been “badly-timed and ill thought out” and that the list of exempt countries missed off some of the UK’s busiest business travel routes.

Mr Croft warned that without the US and China on the list, the UK had also lost two of its most valuable source markets for tourists and that about 40 per cent of UKInbound members had already been forced to lay off staff.

The UK’s tourism industry will lose about £19.7bn in spending from international tourists this year, according to estimates from VisitBritain, the UK tourist board.

The figure represents nearly two-thirds of a decline on last year’s spending data after travel bans and the imposition of quarantines to travellers arriving in the UK in June wiped out most of the crucial summer season.

The Foreign Office also published a list of countries which will be exempt from Saturday from the current advice to avoid “all but essential travel”.

Ministers introduced quarantine restrictions on all arrivals into England from June 8 in order to prevent a second wave of coronavirus.

Scottish first minister Nicola Sturgeon said Scotland wanted to align with the rest of the UK for “obvious practical reasons”, but could not allow itself to be “dragged along in the wake” of the UK government’s “shambolic decision-making process”.

Ms Sturgeon said UK government proposals had been repeatedly changed, but she hoped to have a Scottish view “very soon”. With prevalence of Covid-19 in Scotland just one-fifth of that estimated for England, it was possible that the balance of risk posed by travellers from other countries would be different, she said.

Mark Drakeford, first minister of Wales, also said Whitehall had been “shambolic”, circulating different lists of approved countries yesterday and failing to decide when quarantine would be lifted.

Sir Rocco Forte, chairman of Rocco Forte hotels, said that permitting visitors from some countries without quarantines was “a step in the right direction” but criticised the government’s “inconsistent” approach and said that the sector needed more targeted support in order to avoid mass redundancies.

“Our industry has suffered hugely in this period . . . Unlike businesses that have had a major reduction in their revenues, we have had zero revenues,” he said.

Additional reporting by Andy Bounds in Huddersfield, Mure Dickie in Edinburgh and Jane Croft in London 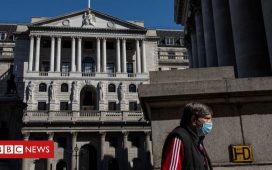 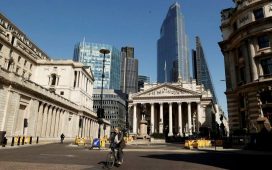 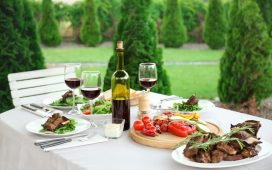 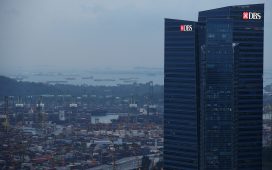