RBI says crypto not banned, but don’t bank on it

MUMBAI: The Reserve Bank of India has said it had not banned cryptocurrencies such as Bitcoin in India, but only ringfenced regulated entities like banks from risks associated with trading of such virtual instruments.

The central bank said this in a response to a petition filed by the Internet and Mobile Association of India (IAMAI), which wanted it to reconsider a 2018 circular directing regulated entities not to deal in cryptocurrencies.

The IAMAI, whose members include cryptocurrency exchanges, had approached the Supreme Court against the RBI action. In a hearing earlier this month, the association argued that trading in cryptocurrencies, in the absence of a law banning those, was a legitimate business activity but the RBI had effectively banned it by blocking access to banking channels. The next hearing in the case is scheduled for Tuesday.

ET has seen a copy of a 30-page affidavit that the RBI had filed in the SC on September 4.

The risks highlighted by the central bank included terror financing and money laundering through cryptocurrencies.

“Any possible avenues which facilitate anonymous cross-border fund transfer have to be acted upon swiftly and stringently dealt with. It is an admitted fact that VCs have been used to purchase illegal and illicit goods ranging from guns and ammunition to drugs,” the RBI said in its affidavit, in response to IAMAI’s objections.

The RBI and IAMAI did not respond to ET’s queries on the matter until press time Monday.

The RBI’s response also revealed that during discussions with the government on whether to ban or regulate cryptocurrencies earlier in 2018, the RBI had said initial coin offerings be prohibited, and virtual currency asset funds not be allowed to be set up and/or operated within the legal jurisdiction of India. The central bank also suggested that the Foreign Exchange Management Act and its regulations be enhanced to prevent and track remittances for investment in virtual currencies made under the Liberalised Remittance Scheme. The RBI’s Liberalised Remittance Scheme allows individuals to send $250,000 a year abroad.

The central bank that it was not against technological innovation and encouraged the “development and adoption of distributed ledger technology, also called blockchain technology.”

According to legal experts, the stance on crypto trade posing a risk to sovereignty could be a weak one if not substantiated with examples of virtual currencies being used to fund terror in the past. 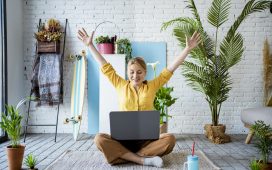 If you're a perfectionist, a four-day workweek might not be for you. Here's why 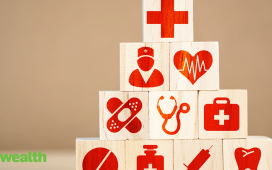 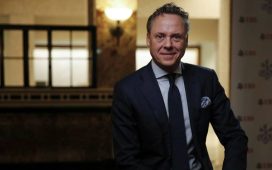