Uber shares tumbled last night after the taxi app firm reported a record loss of £4.3billion in the second quarter.

The results highlighted the mountain Uber must climb if it is to ever turn a profit – and sparked a rush for the exits by disillusioned investors.

It compares with a £726million loss during the same period last year. 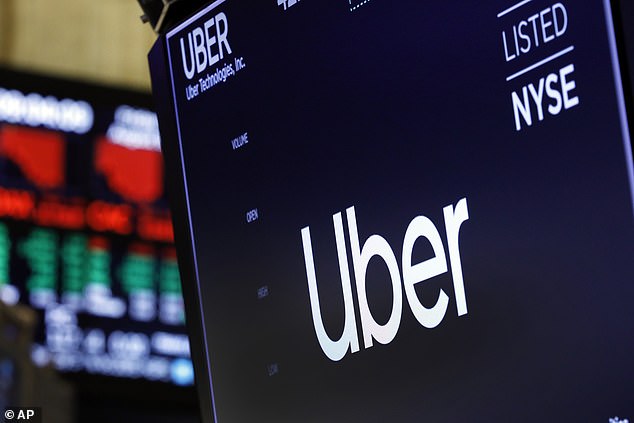 Uber reported a record loss of £4.3billion in the second quarter

But that came as Uber’s costs more than doubled from £2.9billion to £7.2billion as it ramped up spending on research and development, including on its plans to launch air taxis.

This lacklustre performance sent shares 7 per cent lower to trade below $40.

The stock floated at $45 in May but since then it has only reached a high of $47.

Since it listed, more than £8billion has been wiped off Uber’s value.

The company faces a glut of competitors around the world, including in its key market of London where many smaller rivals such as Taxify and Wheely have sprung up offering discounts and higher fees to drivers.

Household bills to rise: Council tax, broadband and stamps will rise on 1 April 2020

March was busiest shopping month for UK supermarkets on record up 20.6 per cent

Union Pacific says uncertainty is on the track

What You Should Know When Starting Forex Trading